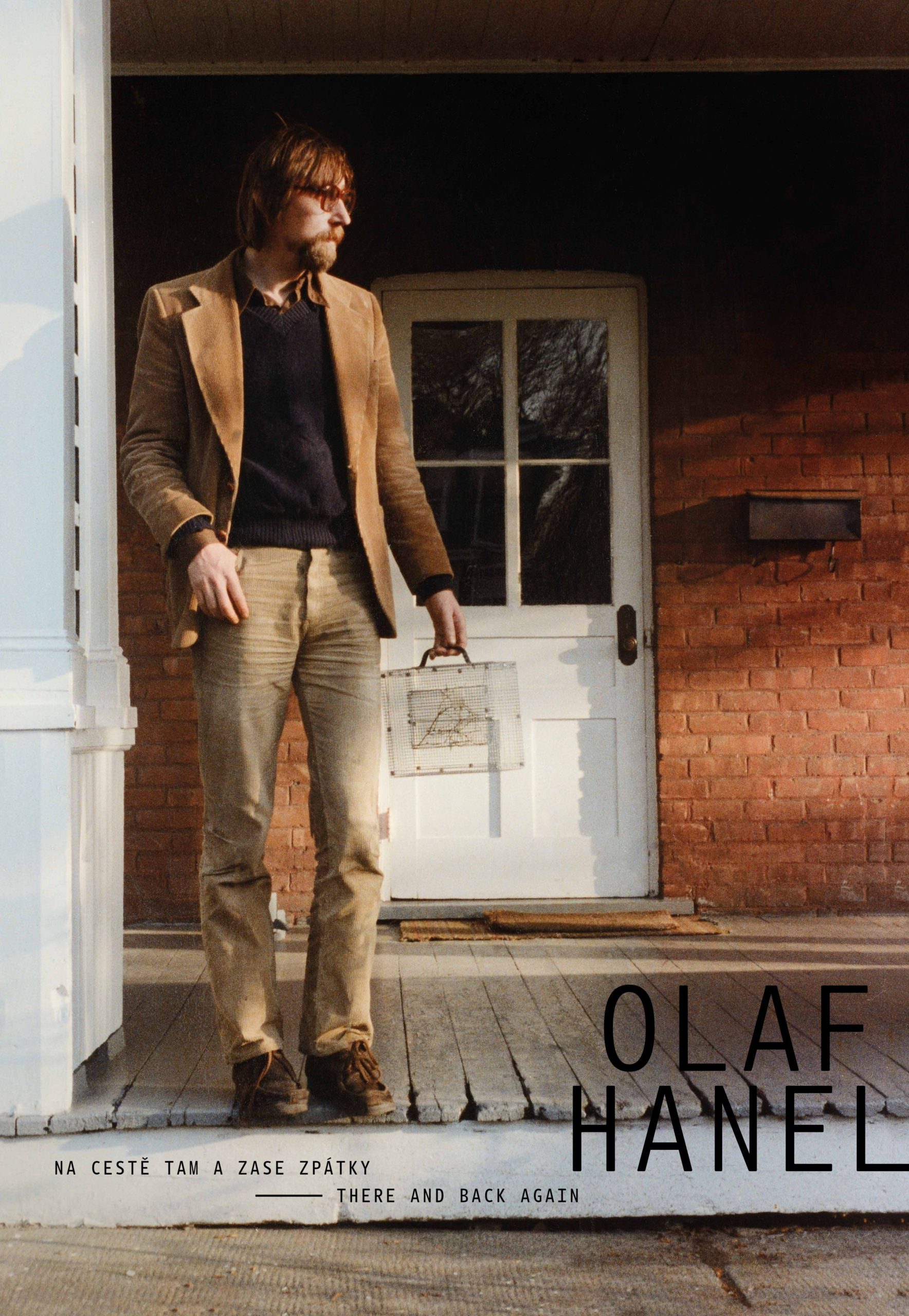 On 10 December, symbolically on Human Rights Day, the Kampa Museum has opened an exhibition of an artist who moved at the intersection of three art stories: official, underground and exile. Olaf Hanel (1943) was born in Prague and grew up in Světlá nad Sázavou. The Highlands later became an important venue for his land-art activities. He graduated from the Faculty of Education in Pardubice (1960-1965). In 1962 he met Jan Steklík and later Karel Nepraš. From the very beginning, he stayed in the circle of the most avant-garde community in Bohemia. An author of humorous cartoons and a member of The Crusaders´ School of Pure Humour Without Joke, he ran a gallery in Havlíčkův Brod in 1967-1971. After the cadre purges, he worked as a surveyor sensor, as a civilian employee of the Armádní film (Czechoslovakia´s Army Film studio, he measured water in a caravan for Geology Company. After the signing of Charta 77 he was a stoker in the children’s hospital in Krč. In February 1979, he went to Canada via Austria as part of the operation condenamed Asanace or Clearance, a plan to force anti-Communists disidents to flee Czechoslovakia. In Canada he lived in Sherbrooke, Montreal and Toronto. He returned home in 1991 and worked as a curator at the Czech Museum of Fine Art in Husova Street in Prague.

Happenings and performances were conceived by Olaf Hanel for his community. He was interested in the calendar, the events associated with it at the interface of myth, ritual and astronomical reality. He organized the largest fiery land-art work, the legendary Tribute to the Bright Stars (1972). As part of The Crusaders´ School, he realized patriotic trips: to Blaník and to the sources of the Vltava River (1975). The musical ensemble The Midsummer Night’s Dream Band played on the spot parts of a symphonic poem by Bedřich Smetana. The underground community then put their trust in the power of music and dance to awaken the mythical protectors sleeping in the earth and the power of the sacred Slavic river. Hanel continued to perform occasionally in Canada.

His bubble drawings, created after 1970, also have an action origin, using coloured inks and working with chance. The artist returned to bubbles again in the 1990s. Other drawings have a geometric layout, a dense hatched grid, not unlike later wire objects. The first wire antiplastics grew to a height of almost five metres in Lumsden, Scotland (1983). Wire, like plexiglas, for example, allows the artist to grasp the void, at the heart of which burns fire, to paraphrase Yves Klein. Hanel likes to use metal and various domestic objects: traps, thimbles, buckets. From these he accumulates endless columns, the link between heaven and earth. The impressions of the manhole cover were made during his stay in France (1986-1987). The images are painted in acrylic on canvas, but also on fabric or on a tablecloth; there are also a number of pastels, dominated by circles, lens lenses, stars and astronomical ecliptic, conjunctions, wormholes. The Great Series (1997-1998) is significant. The theme of Vyhvězdíno (Star Filled) refers to cosmic events from the times of The Crusaders´ School and also refers to the poem of the same name by the writer and diplomat Jiří Gruša. The man with the suitcase, the Crusader of Bright Stars Olaf Hanel walked the line between life, spontaneous fun and art with dancing ease.

The exhibition is prepared in cooperation with the Maldoror Gallery