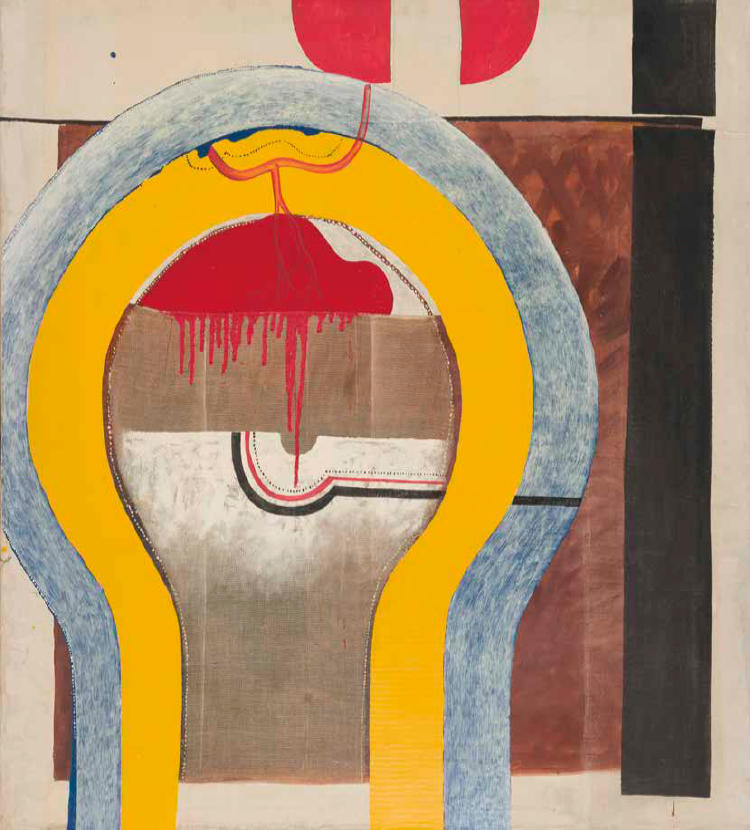 For the first time, this exhibition comprehensively introduces the work of the important artist, painter and glass-maker Karel Vaňura, who in the 1960’s created unique paintings, in the following decades produced extraordinary glass objects, all the while teaching at the Academy of Arts, Architecture and Design in Prague, in the glass studio. The work of Karel Vaňura is concentrated and searching. He was not involved in the period styles and means, his work is original and authentic, as shown by this exhibition project.

He made his début on the art scene in the second half of the 1950’s, which was an extremely complicated period of time both in political and social terms, in no way conducive to free creative development. On the other hand, it also was a period of time that later culminated in the Czechoslovakian ‘Golden Sixties’, a decade in which all expressions of art and culture reached world level and international acclaim.

After having graduated from the Secondary School of Glassmaking, Vaňura began his studies at the Academy of Arts, Architecture & Design in Prague in 1957 at the Studio of Glass Painting Techniques led by Professor Josef Kaplický. During his studies under Kaplický, Vaňura developed an emphasis on drawing and painting, and of course he mastered all the necessary glass techniques such as cutting, kiln shaping and engraving, working with paint and coloured glass materials, and their various innovative combinations. In 1965, Vaňura began working as an assistant in Stanislav Libenský’s glass studio and also began to devote himself fully to his own artistic work.

Vaňura’s work can be divided into several areas, which are almost perfectly chronologically subsequent – he worked with glass, did painting and drawing, commissions for architecture and public space, made glass objects and reliefs created using the technique of embedding in lead, and at the end of his artistic career he focused on small assemblages. However, all these seemingly disparate areas are linked by an emphasis on drawing in many different forms.

The exhibition showcases a selection from all three above-mentioned areas emphasizing in particular his painting, which clearly shows why Vaňura has been labelled one of the emerging talents of Czechoslovakian art at the end of the 1960’s. In his geometric glass objects – assemblages – he employed a number of original solutions (in both visual and technological point of view).

From 1965 until 2002, Vaňura was also a renowned teacher at the Academy of Arts, Architecture & Design in Prague and through his pedagogical work, he influenced generations of artists and often cared of other people’s work more than his own.

The exhibition is accompanied by a monography published by JB Lomnice and Popelkou.

Visitors can discover these works in the separated space of Konírna (Stables) of the Museum Kampa from 26th March to 29th May 2022.