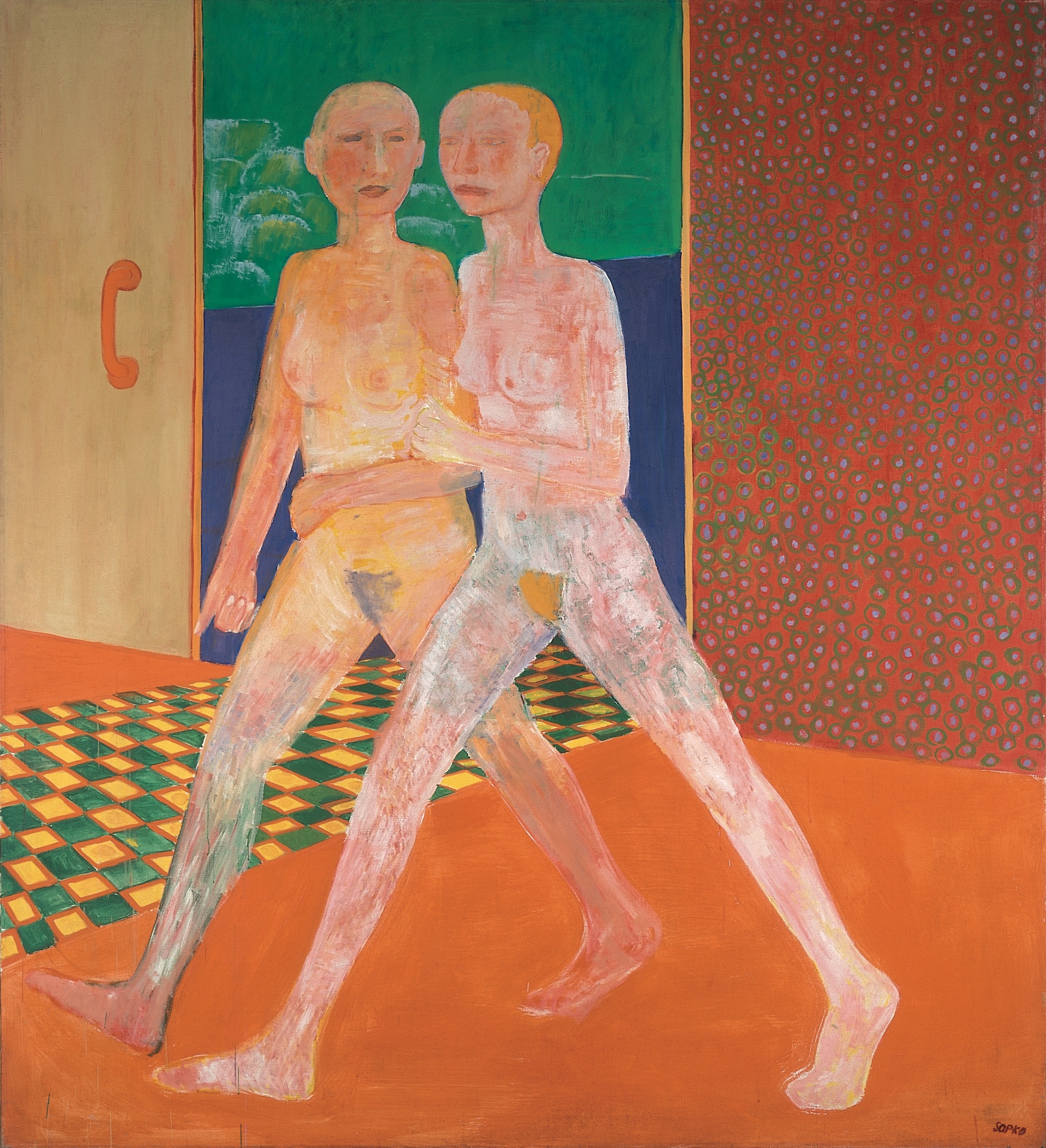 recent periods of our modern history.

The present exhibition is organized by Museum Kampa in cooperation with Gema Gallery, which has represented Jiří Sopko since the 1990s. In addition to works from the collections of both institutions, the exhibition showcases paintings from about three dozen private and institutional collections.

Production: Adéla PetříčkováThe present exhibition Jiří Sopko: A Retrospective is held on the occasion of the painter’s 80th birthday in 2022. More than a hundred paintings and several dozen watercolours and drawings from 1968 to 2022 are on display on the three floors of the Museum Kampa. Sopko’s works are being exhibited in this scope for the first time, and it has been fifteen years since his last major exhibition in Prague.

Jiří Sopko belongs to the generation of artists who entered the art scene at the time of the beginning of the so-called ‘normalisation’ following the Soviet occupation of Czechoslovakia in August 1968. He experienced the cultural thaw of the 1960s as a student and spent several months on scholarships in Cyprus and France immediately after the August invasion. He had his first solo exhibition at the New Hall in Prague in the summer of 1970. Then, however, restrictions ensued, resulting in his removal from the position of an assistant professor at the Academy of Fine Arts in Prague, alongside with the actual ban on exhibiting his works.

While the artists who were a generation older found employment mainly in the field of applied graphics, for Jiří Sopko and his peers it was restoration that became their means of livelihood. In a group with Jiří Načeradský (1939–2014) and Rudolf Němec (1936–2015), Sopko carried out the restoration works at the pilgrimage church at Hostýn and Častolovice chateau. It was not until the 1980s that Sopko was commissioned in Prague, where he had a wife and three daughters. Even though he could only work on his own pieces at weekends, his paintings continued to attract interest, both among collectors and the expert public. However, he did not get more opportunities to exhibit until the second half of the 1980s.

In 1990, he was chosen by the students of the Academy of Fine Arts in Prague as a teacher and became the head of the painting studio, which he headed until 2016. His assistant was Igor Korpaczewski and his former students include Robert Šalanda and Alice Nikitinová. From 2003 to 2010, he also held the post of Rector of the school. In 1995, he had a major retrospective exhibition at the Prague City Gallery, while large exhibitions focused mainly on his more recent work were organized by Galerie Gema in 2002 at the Prague Castle Riding School and five years later at the Rudolfinum Gallery.

Sopko’s work is characterised by dense colours and an interest in the human figure. Although Sopko’s paintings are full of vibrant colours, they are far from being merely ‘joyful’. Irony and sarcasm are an indispensable part of his artistic language. His paintings thus function, among other things, as a poignant commentary on the time of their origin, which applies not only to the years of the ‘normalisation’, but also to more

OLAF HANEL THERE AND BACK AGAIN
The Kings of Majáles