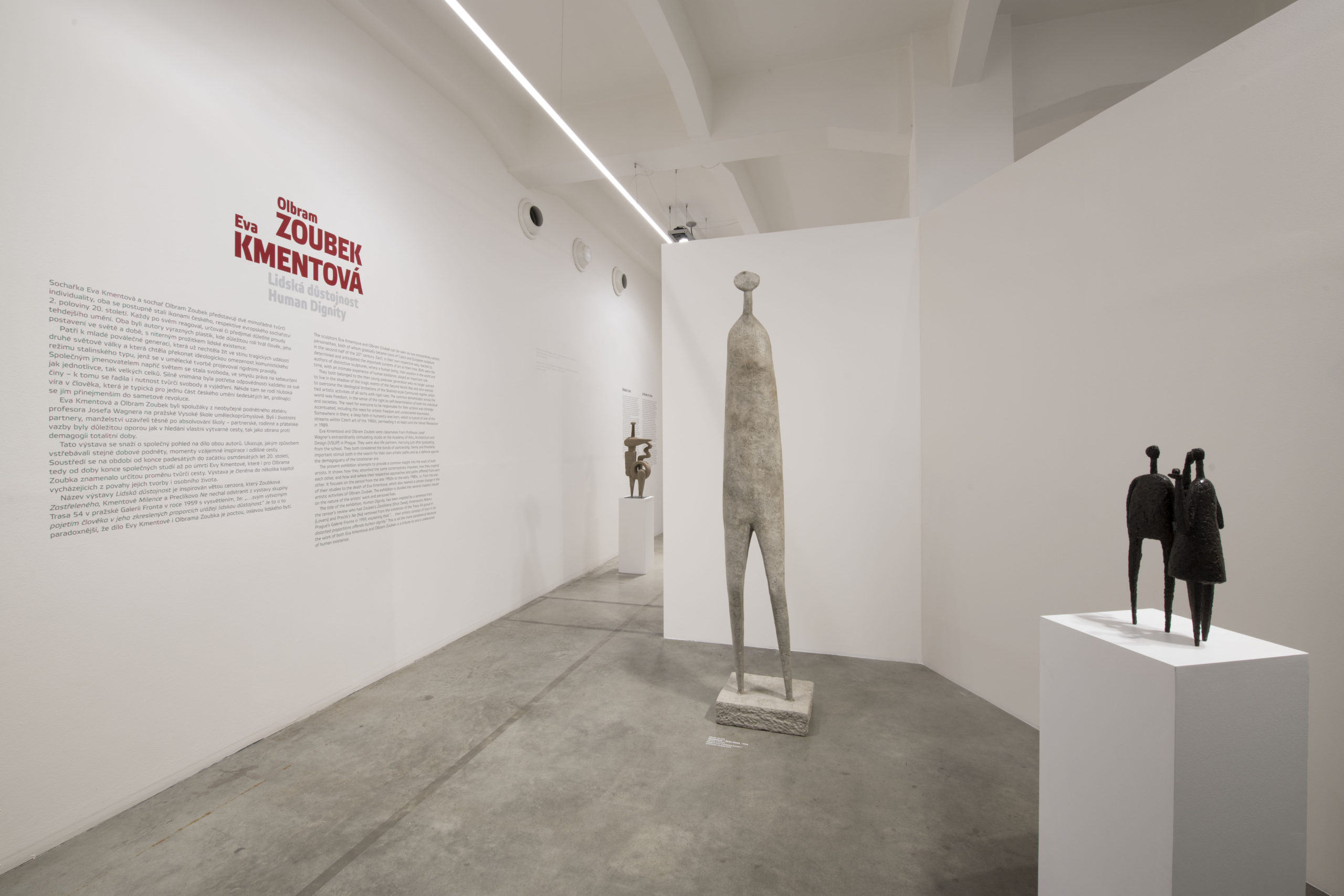 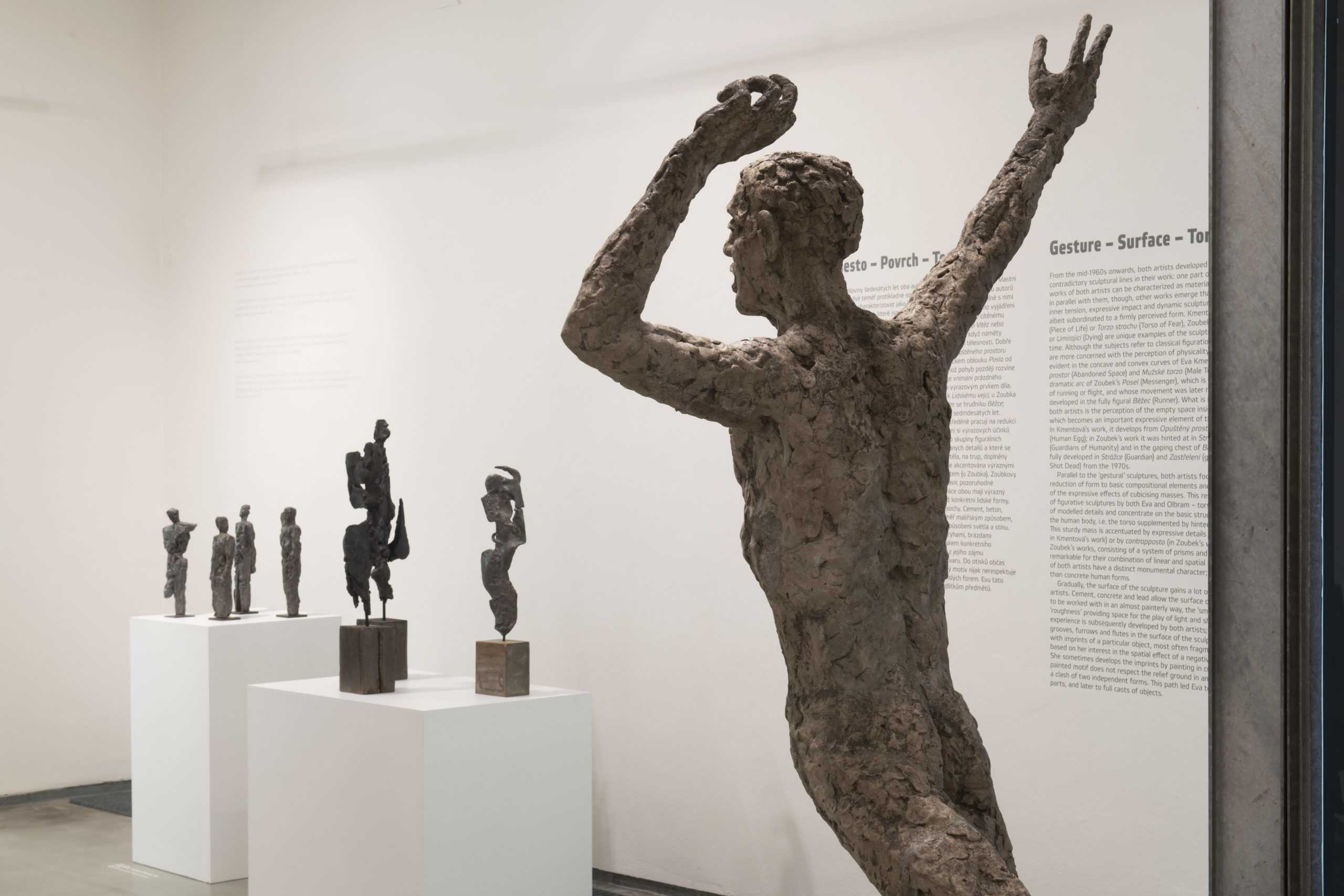 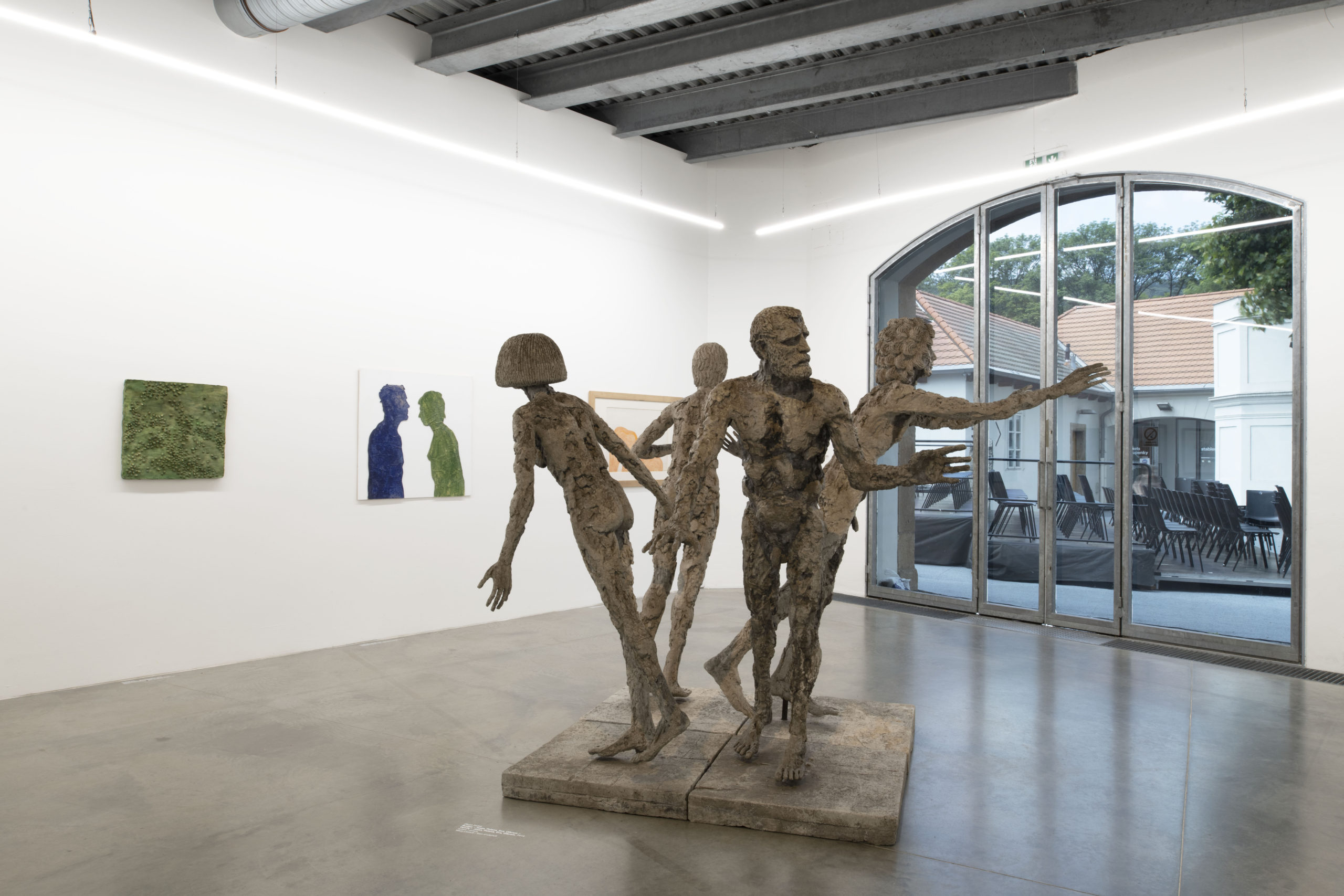 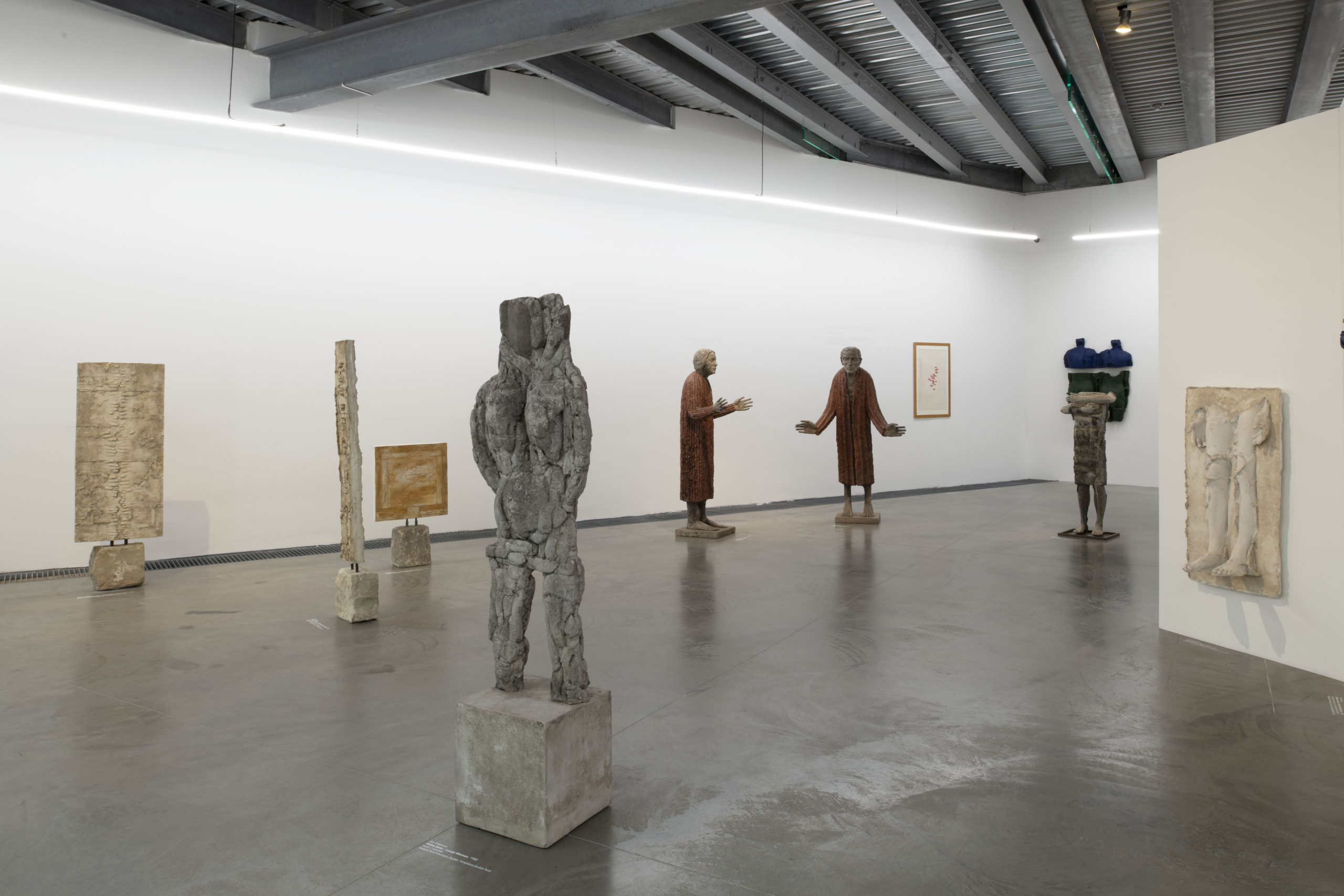 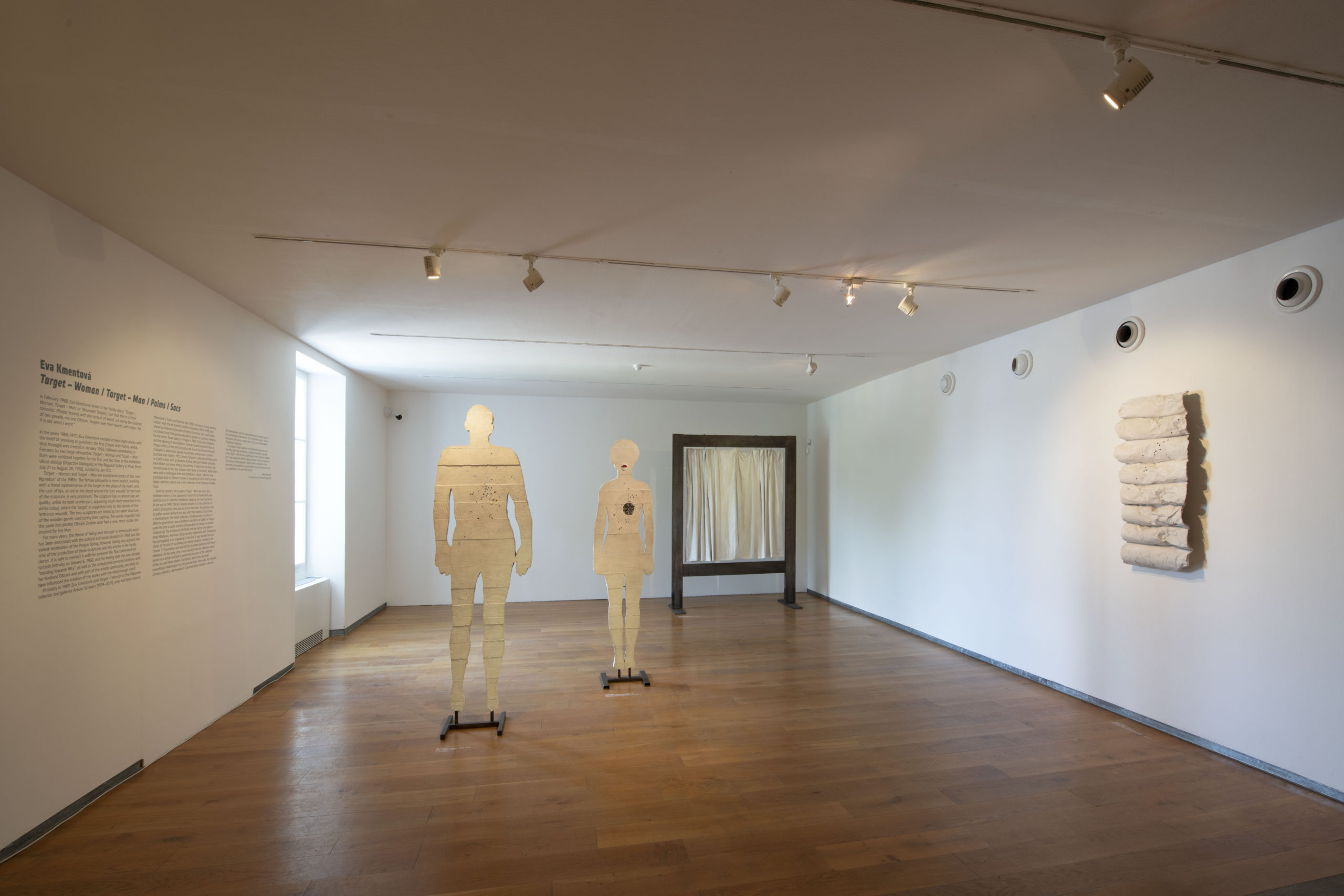 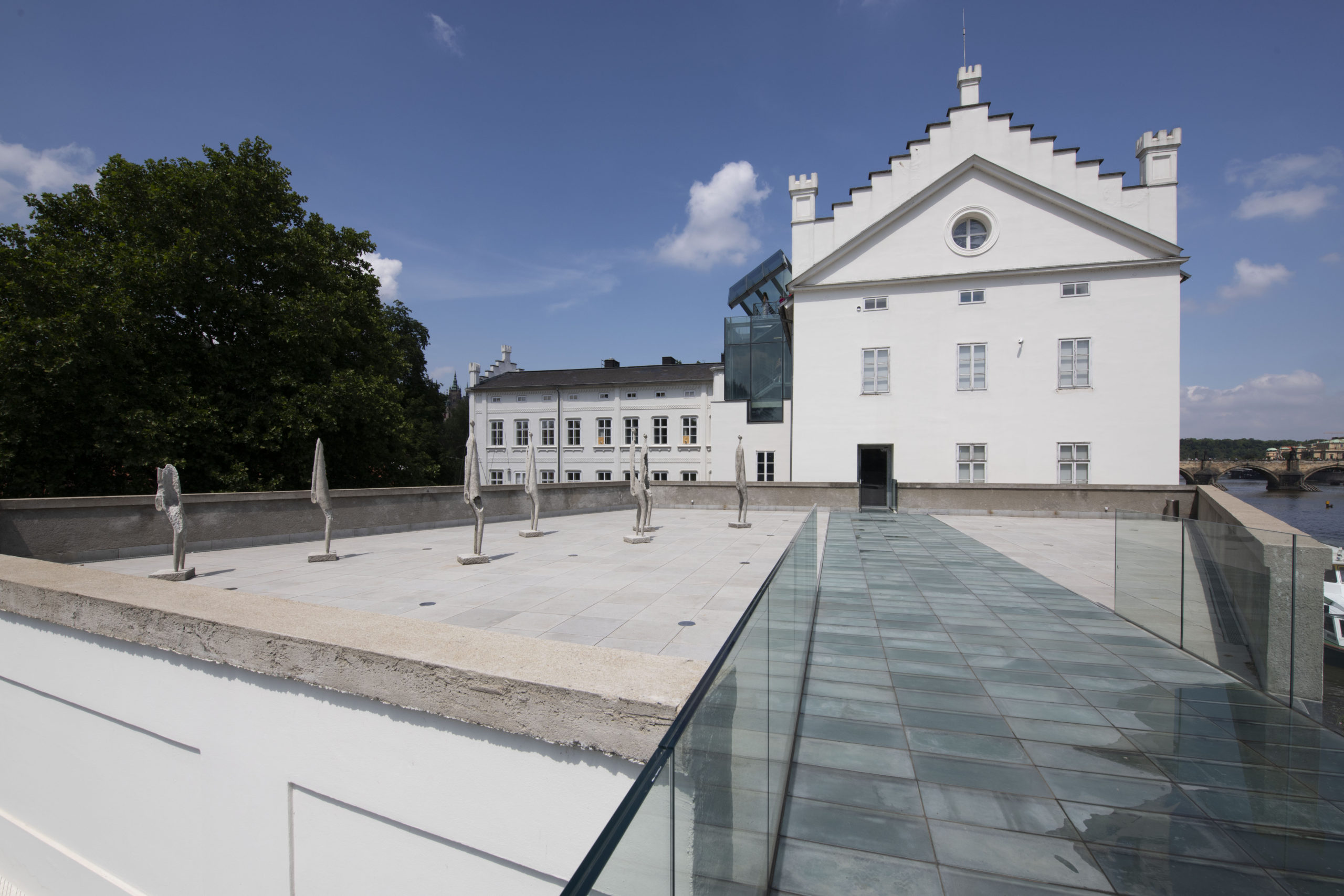 The sculptors Eva Kmentová (1928–1980) and Olbram Zoubek (1926–2017) can be seen as two extraordinary artistic personalities, both of whom gradually became icons of Czech and European sculpture in the second half of the 20th century. They were classmates from Professor Josef Wagner’s extraordinarily stimulating studio at the Academy of Arts, Architecture and Design (VŠUP) in Prague, where Czech post‑war sculpture was actually revived – or reborn. They were also life partners, marrying just after graduating from the school. They both considered the bonds of partnership, family and friendship important stimuli both in the search for their own artistic paths and as a defence against the demagoguery of the totalitarian era.

Both were the authors of distinctive sculptures, where a human being, their position in the world and time, with an intimate experience of human existence, played an important role. The present exhibition on the two floors of the Museum Kampa offers clusters based on the works of both artists (with themes such as a figure, a gesture, a surface, emptiness, and their different or similar rendering by both artists), as well as moments of mutual inspiration or, on the contrary completely different approaches. Their own relationship is also inseparably present; Zoubek’s Family (1973) and Kmentová’s Landscape (1969), made from the imprints of their bodies, also reveal much about the ties between them; the period of Eva Kmentová’s long illness in the second half of the 1970s is similarly intensely reflected in the work of both artists.

The exhibition focuses on the period from the late 1950s to the early 1980s, exhibiting not only well‑known works by both sculptors (Zoubek’s Guardians, Runner, or sculptures from the Shot Dead series; Kmentová’s Abandoned Space, Human Egg, and stelae with fingerprints and lip imprints), but also lesser‑known works, reliefs, and small sculptures; the display is supplemented by texts from family diaries reflecting both their working and everyday life.

After more than fifty years, two exceptional works by Eva Kmentová will be exhibited together: Target – Man and Target – Woman, both legendary works of Czech ‘new figuration’ dating from 1968. While Target – Man has been frequently exhibited and is currently in the collection of the Museum Kampa, Target – Woman was acquired by Arturo Schwarz for his collection in around 1969 and has probably not been exhibited publicly ever since. Owing to a systematic effort, it was found and acquired for the collection of the Kmentová Zoubek Fund.

The exhibition is organised in cooperation with the Kmentová Zoubek Fund and is associated with the eponymous project implemented in 2021 by the Miroslav Kubík Gallery in Litomyšl.

The Kings of Majáles
Barbora Blahutová: House and Sculpture
Děkujeme