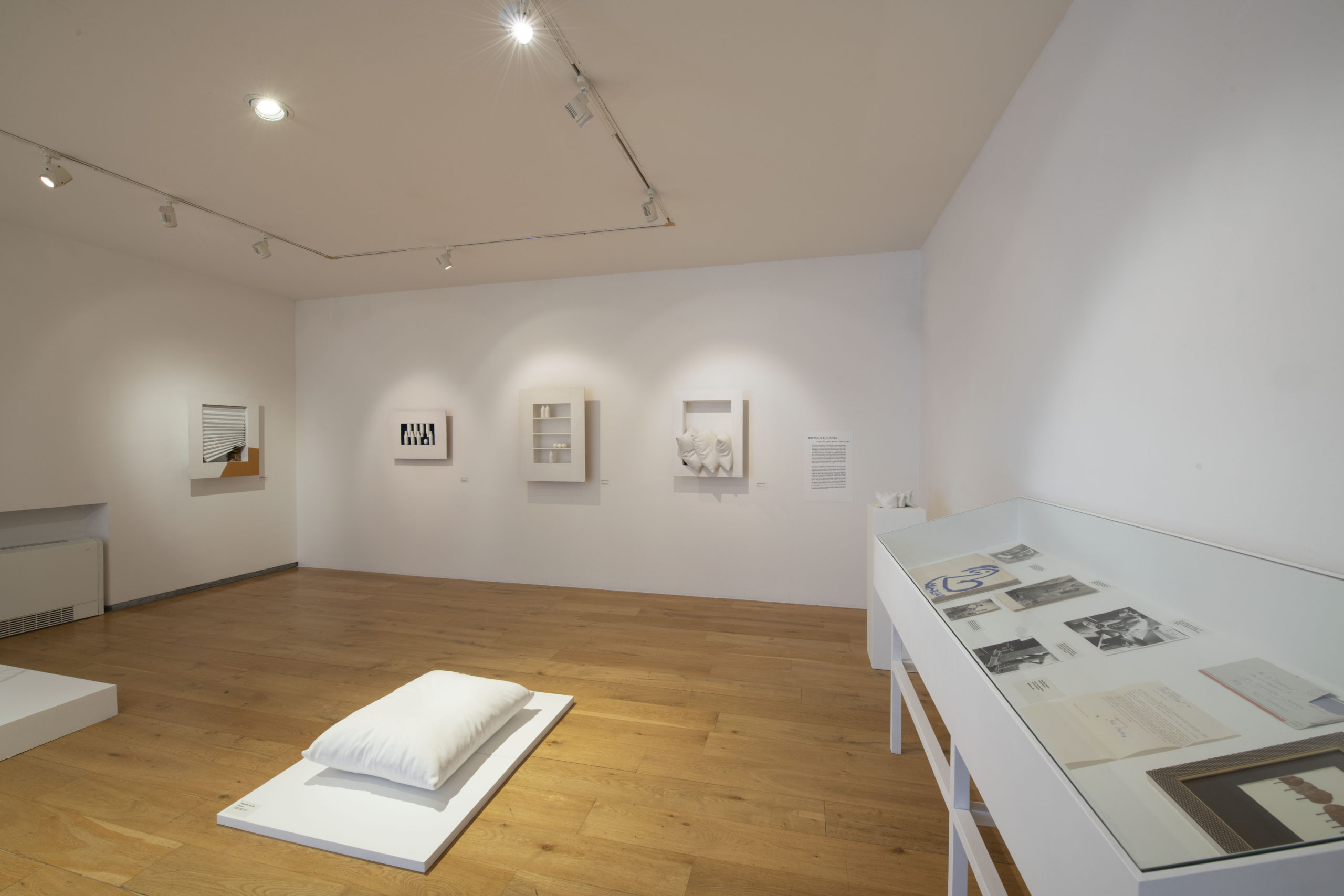 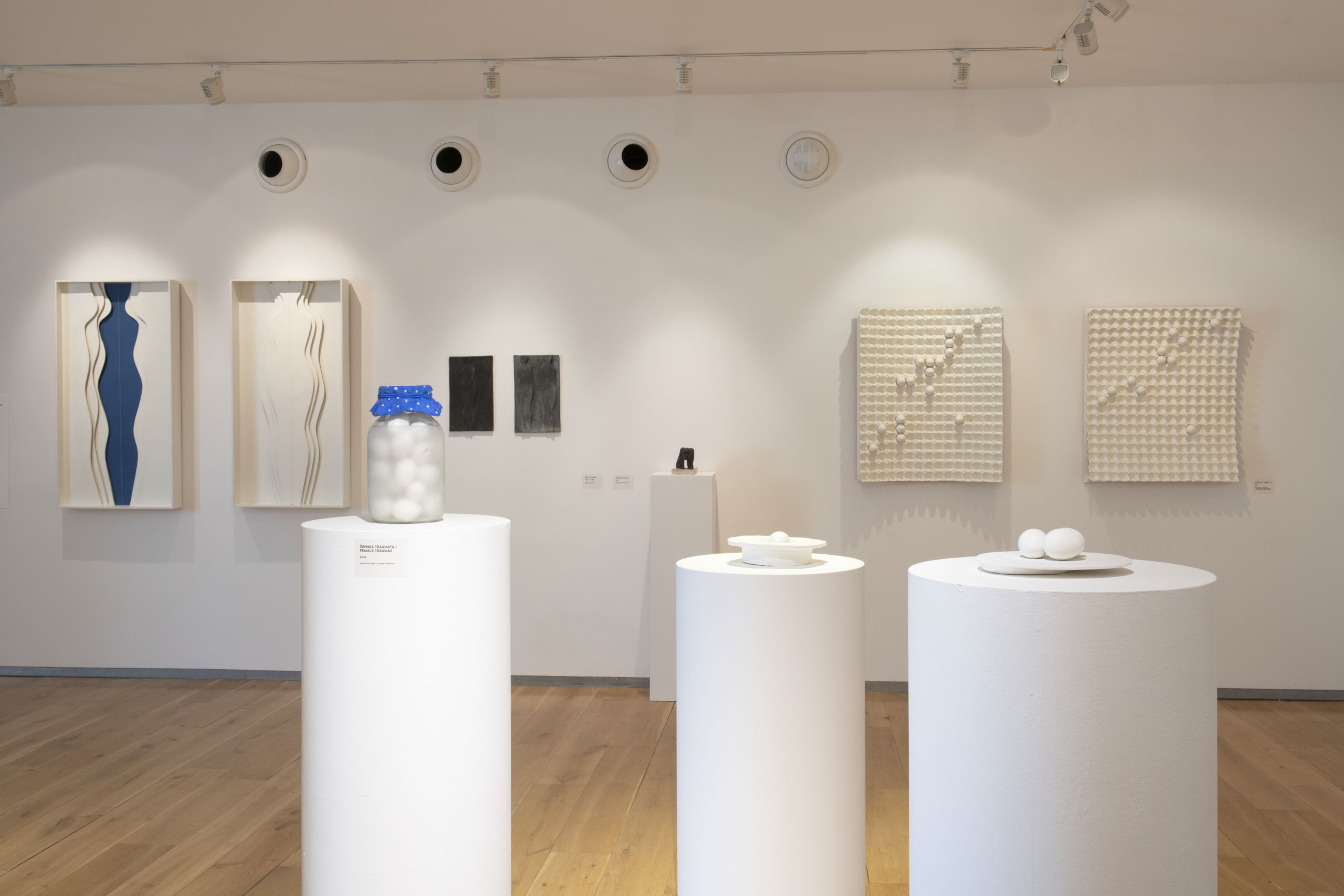 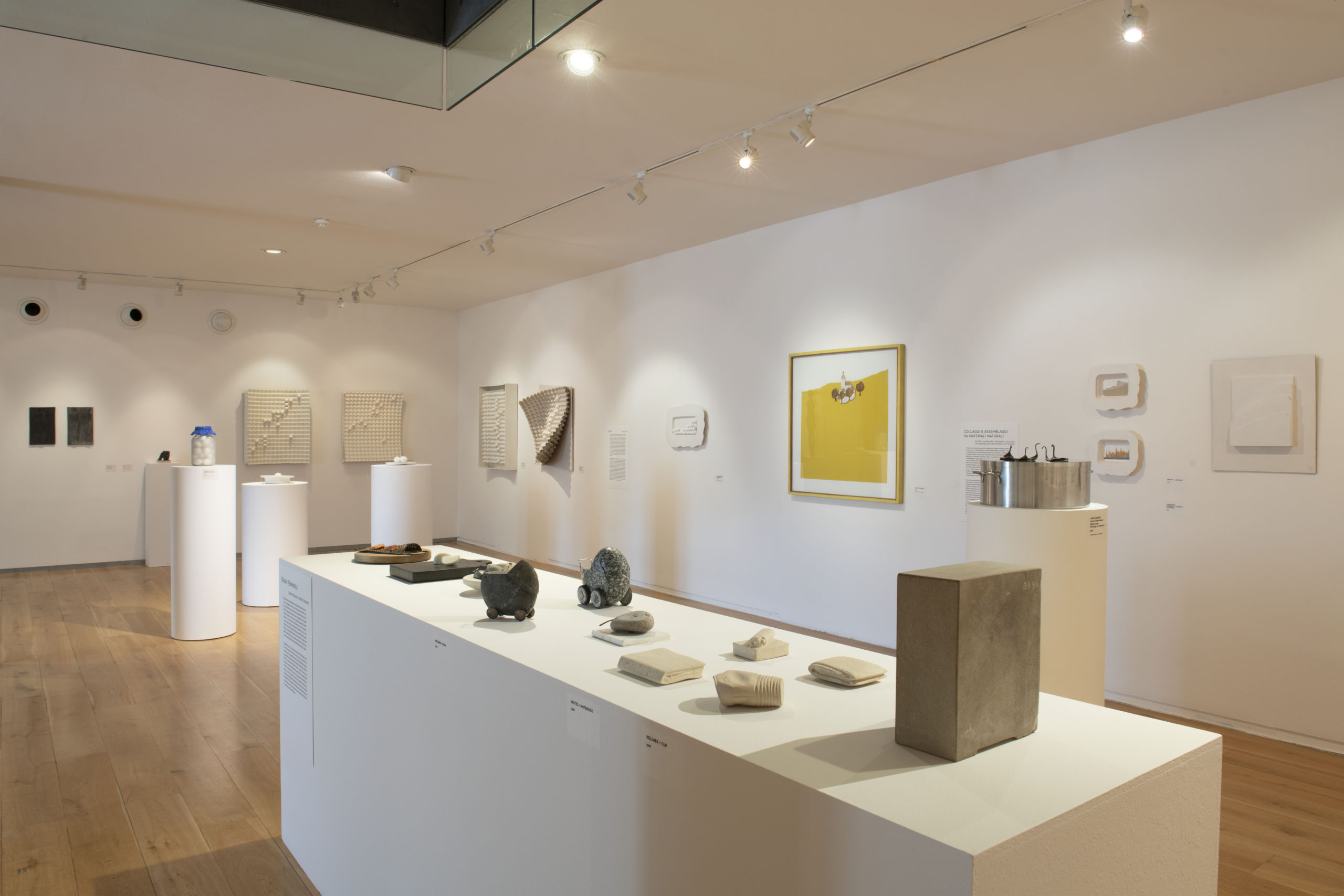 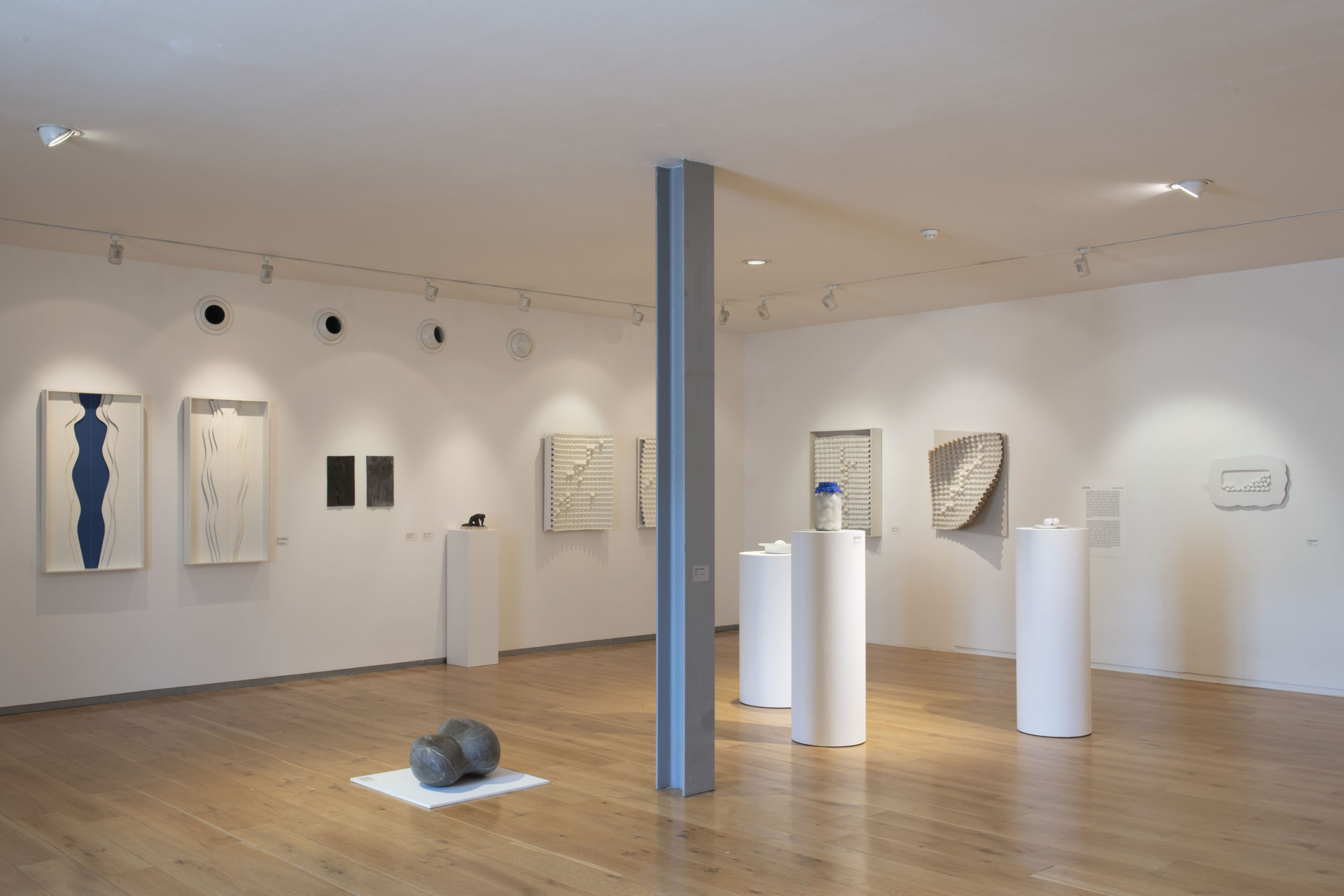 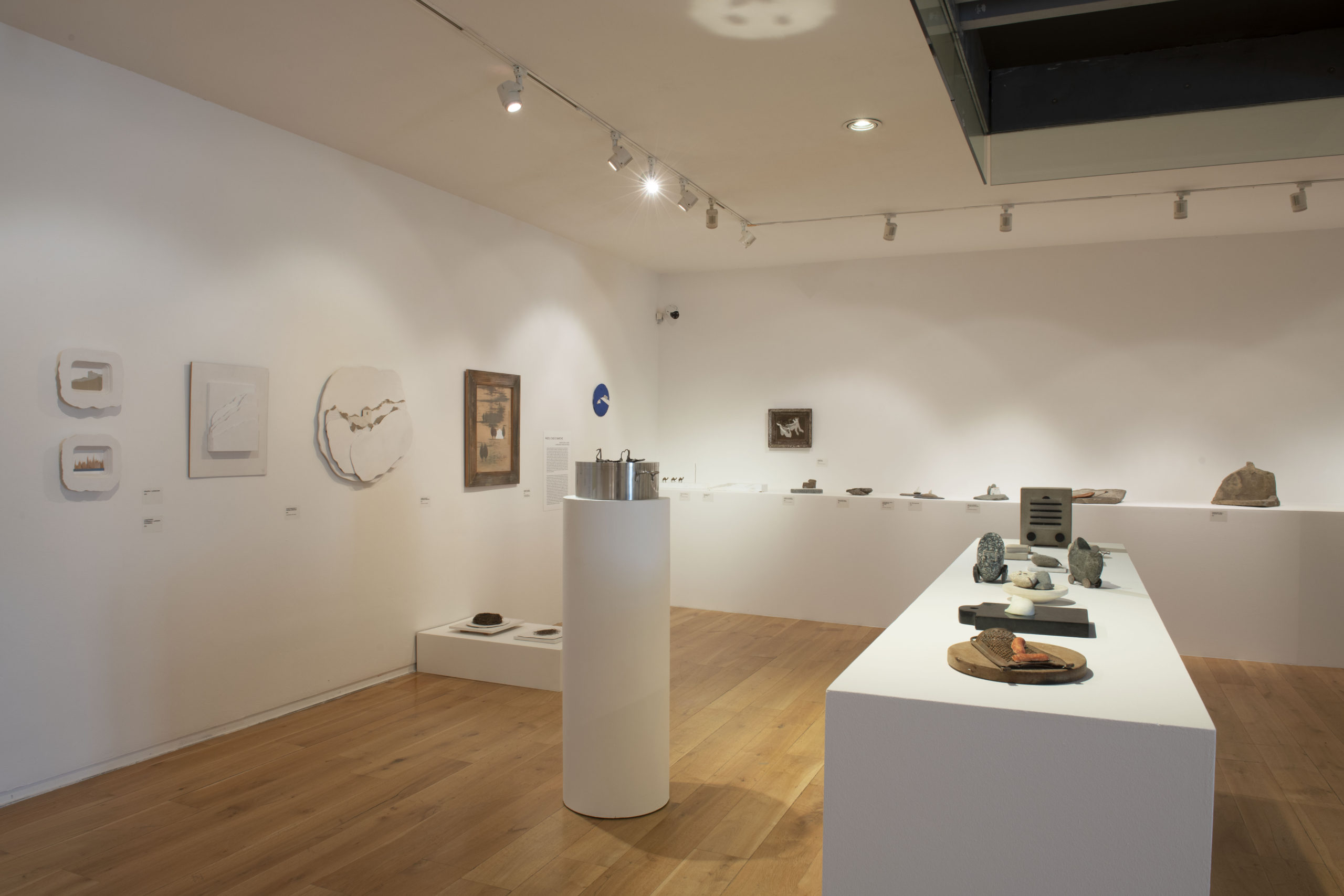 Museum Kampa deliberately focuses on artists who, for political reasons, implemented and developed their work beyond the borders of their homeland. Along with, for example, Ludmila Seefried-Matějková and Jiří Koblasa, the sculptor Barbora Blahutová also belongs to the representatives of exile figural sculpture. A native of South Bohemia, she decided to emigrate (together with her partner, sculptor František Svátek) in 1974. They had lived alternately in Italy, Germany and Switzerland, and returned to the Czech Republic as late as 2000.

The exhibition titled House and Sculpture aims to present all the important areas of the artist’s work. They develop in particular the motifs of an egg and a nest, household elements (milk bottle, washboard, radio, pram), animals (hen), nature and landscape motifs (ships, harbours, sea, trees and rocks) and, of course, human figures. Equally important is the motif of a house, which permeates Blahutová’s work as a symbol of background and security, to which she always clung as a safe haven during her ‘nomadic’ life.

Although the unifying elements of these sculptures and collages are fragility and a very specific feminine sensibility that exudes a longing for the comforts of home, background and security, Blahutová’s works do not lose the succinctness and earthiness in their expression. The tendency to achieve the result with the most elementary artistic means and very simple materials (plaster, cardboard, translucent paper, dried leaves or grass) harmonizes Blahutová’s works with the kinetic models by František Svátek, which complement the exhibition in a stimulating way.

The exhibition is complemented by catalogue with a text by the curator of the exhibition, Ilona Víchová.

Eva Kmentová a Olbram Zoubek: Human Dignity
Everyone Can Be an Artist