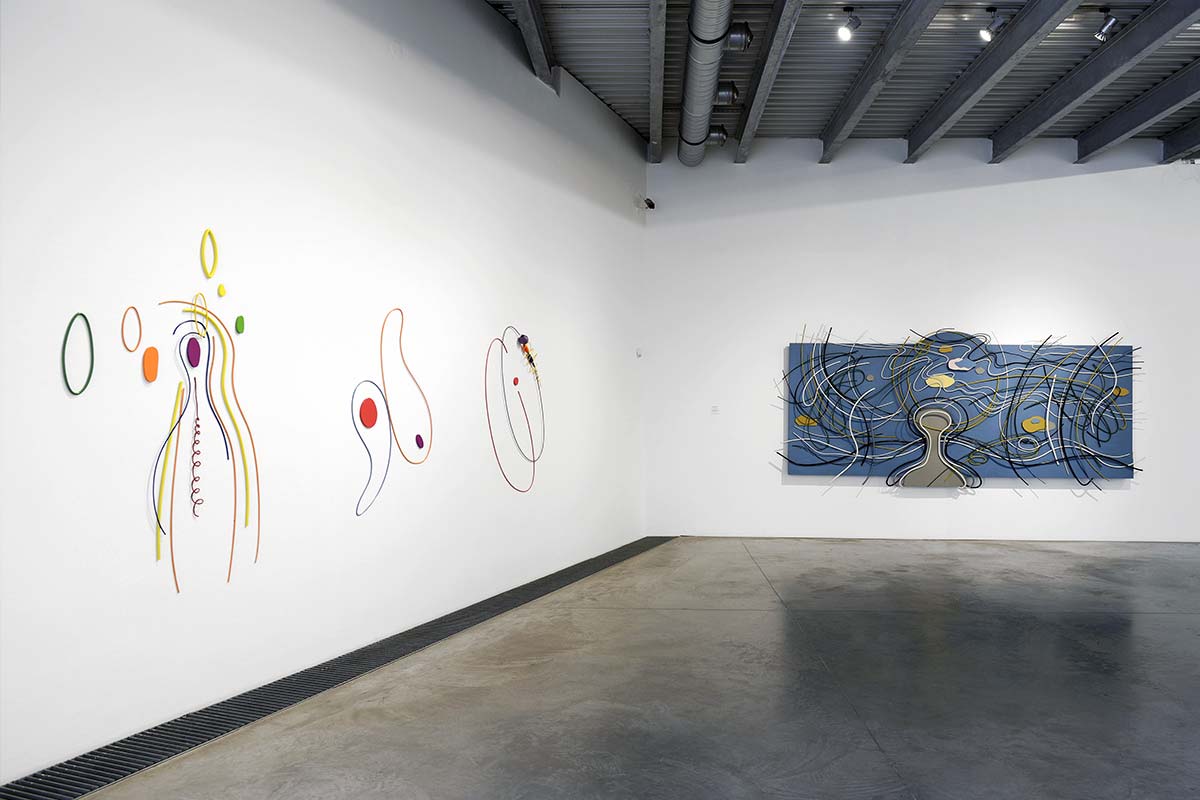 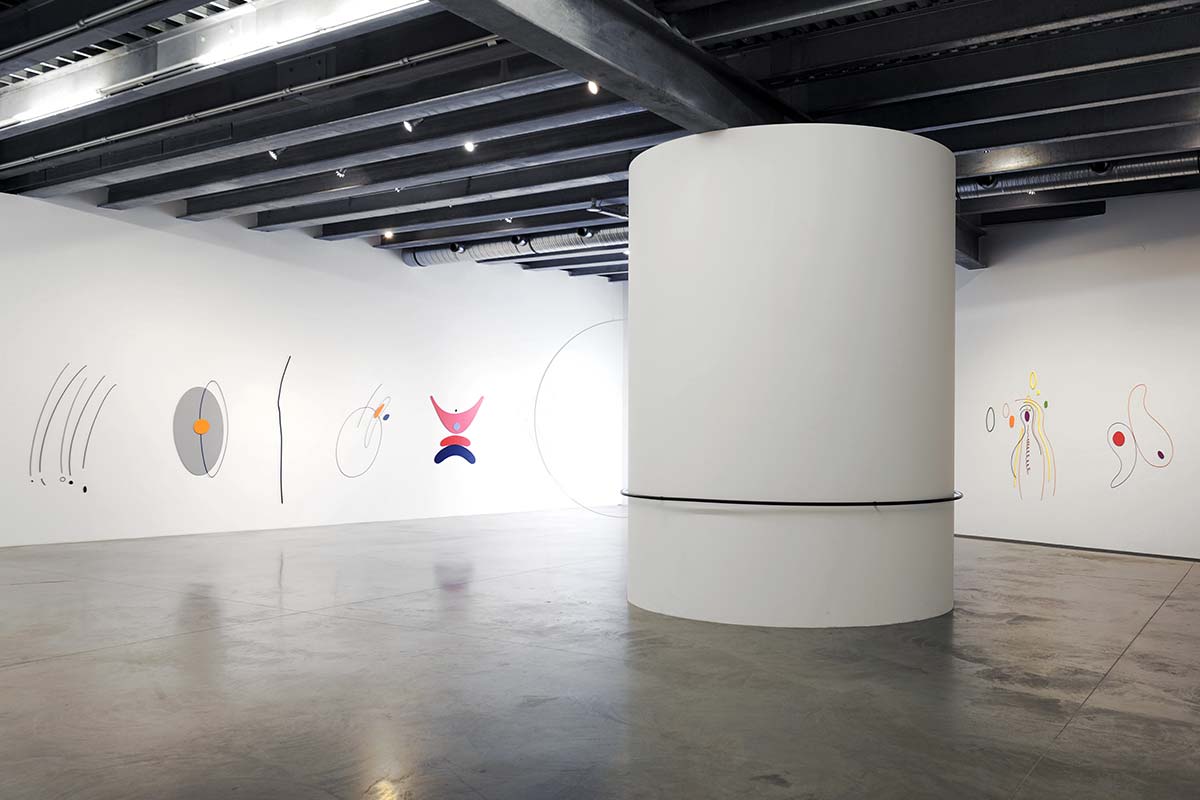 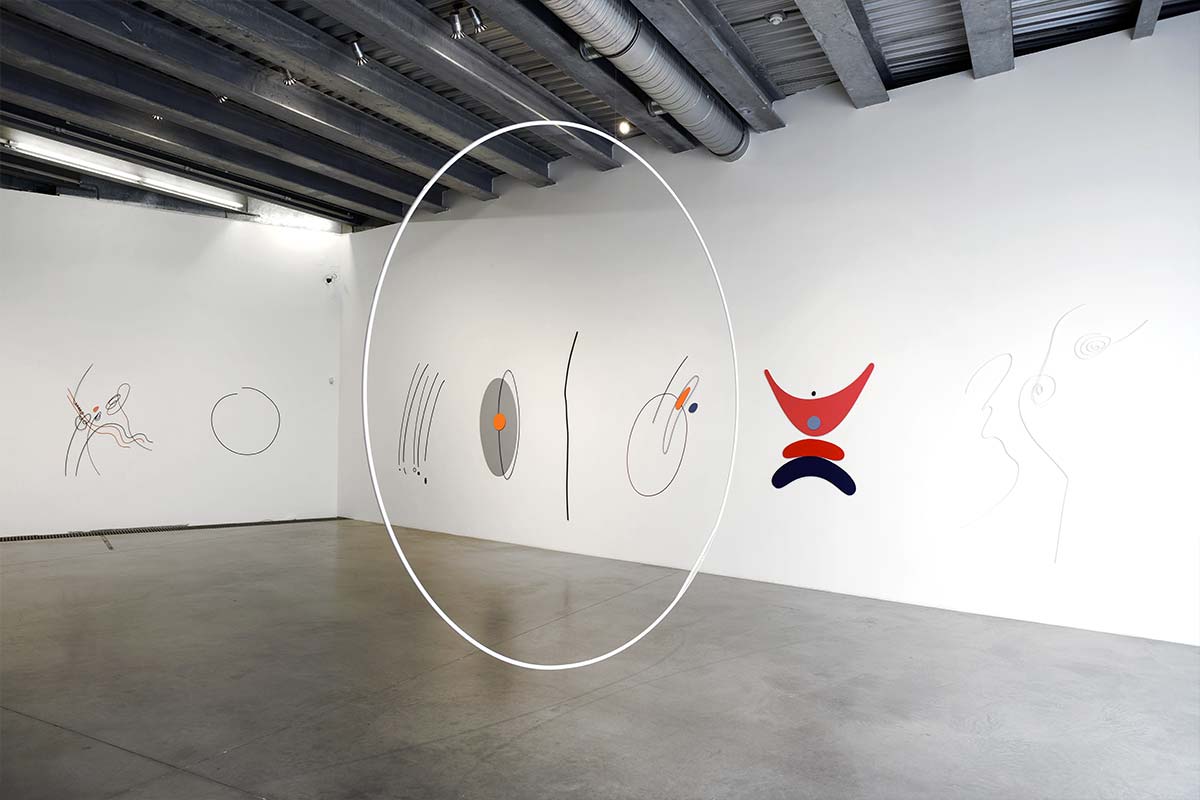 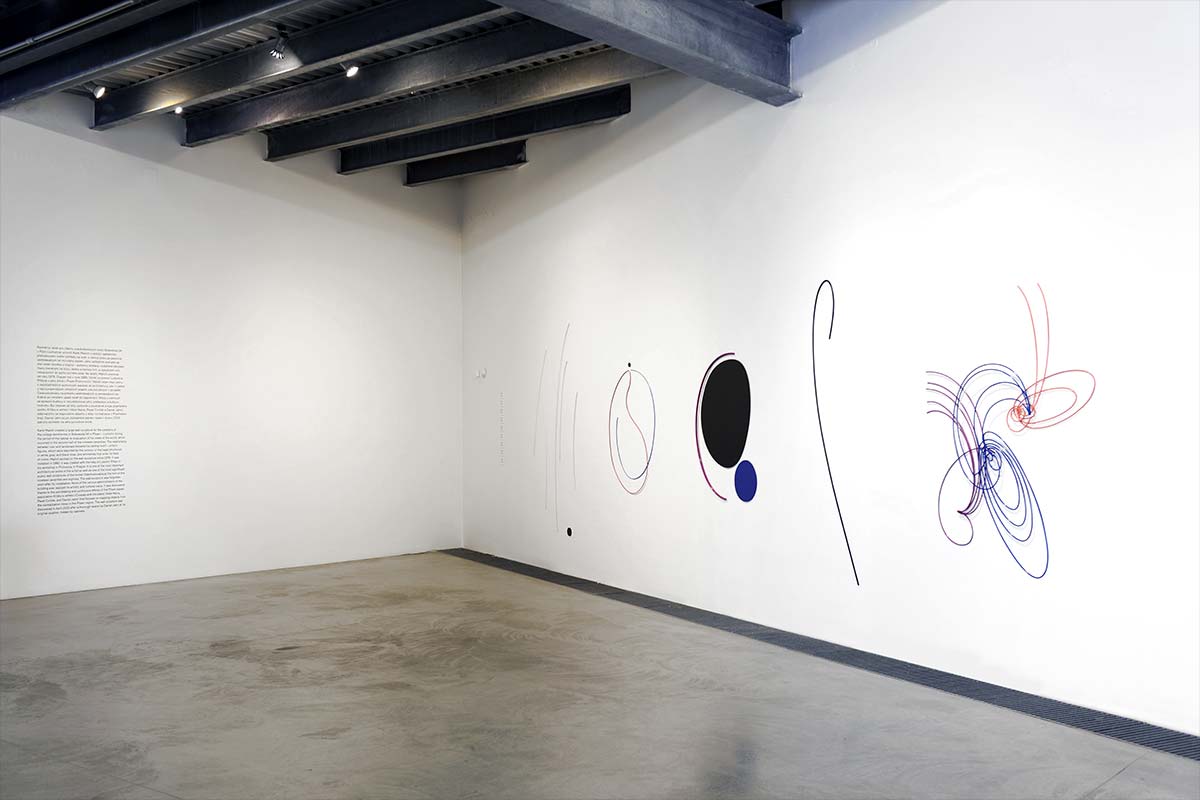 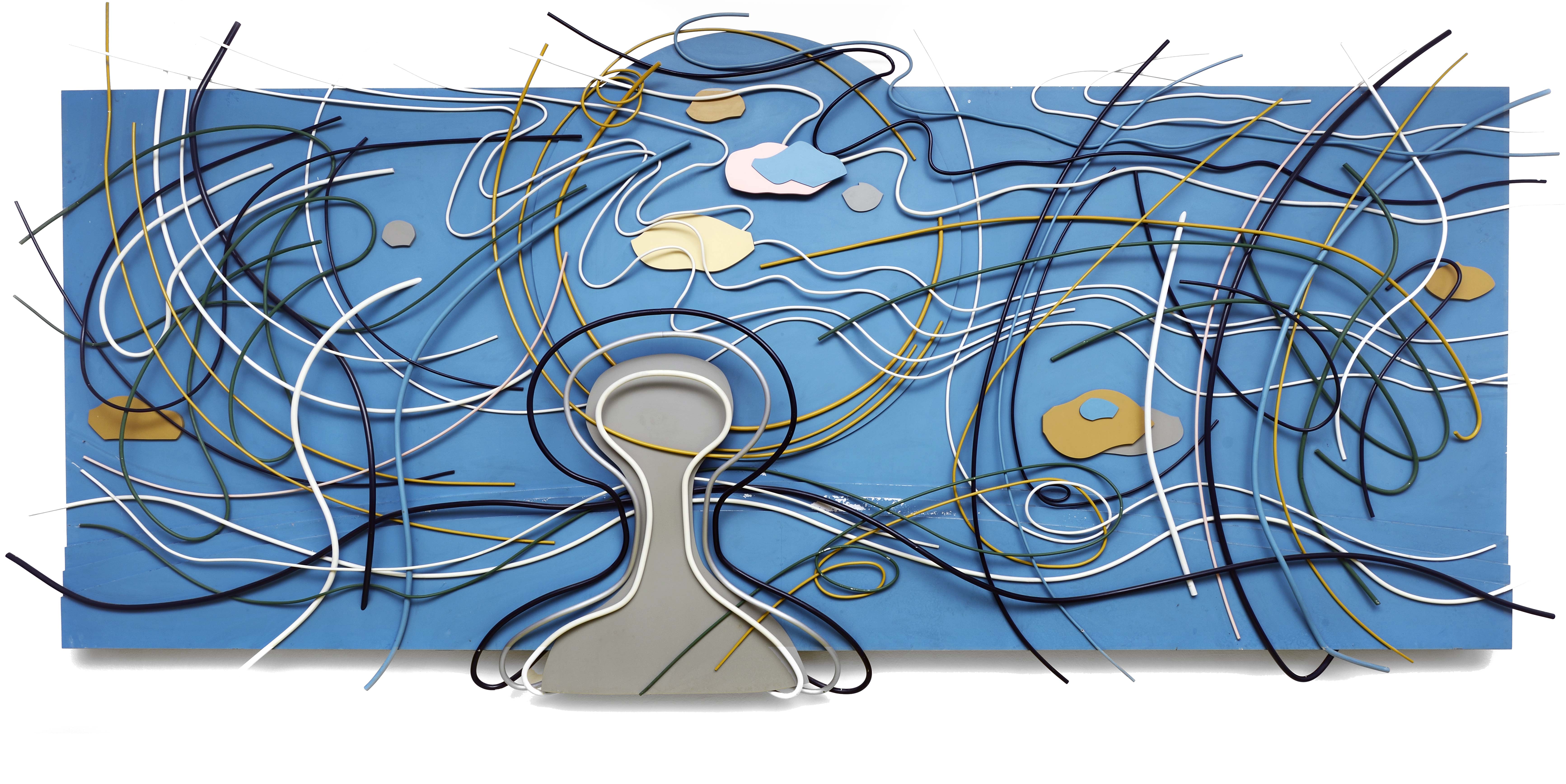 In cooperation with the Zdeněk Sklenář Gallery, Museum Kampa presented the world premiere of a significant relief by Karel Malich which he created for the university accommodation hall canteen at No. 34 Bolevecká St. in Plzen-Lochotín between the years 1978 and 1980. With its wire curves visualizing the relationship of the human figure and the whirling wind, this unique work was forgotten and collecting dust somewhere in a university hall in Plzen. This monumental work was only discovered thanks to the determined and systematic endeavours of the Plzen group Křížky a vetřelci – Crosses and Intruders (Aleš Hejna, Pavel Cvrček a Daniel Jahn), that maps buildings built during normalization (the years following the “Prague Spring” of 1968 – the 1970s) in Plzen Region. The Plzen relief was accompanied by the Black and White Sculpture (1964–1965) which was exhibited in 1967 at the Guggenheim Museum in New York at an exhibition displaying the works of sculptors of twenty different nations and by a cross-section of Malich’s works from the period 2010 to 2015. After a period lasting over ten years that he devoted exclusively to drawing, no one expected Malich to return to three-dimensional works which today number almost eighty. The wall-hung and suspended sculptures made from steel wire and plywood show that stepping into space represents an open challenge for Malich made using a simple, geometrical accidence pregnant with deep significances within, pointing to the author’s personal past and to age-old cultural symbols.