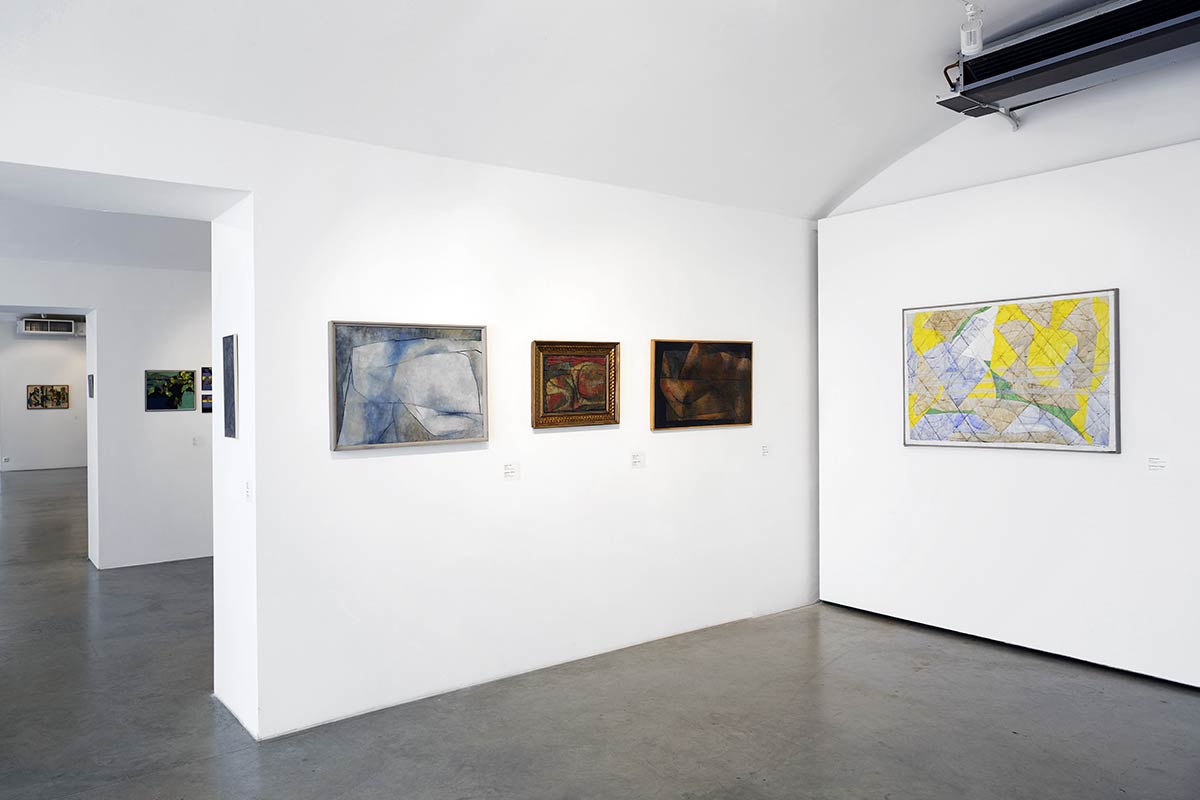 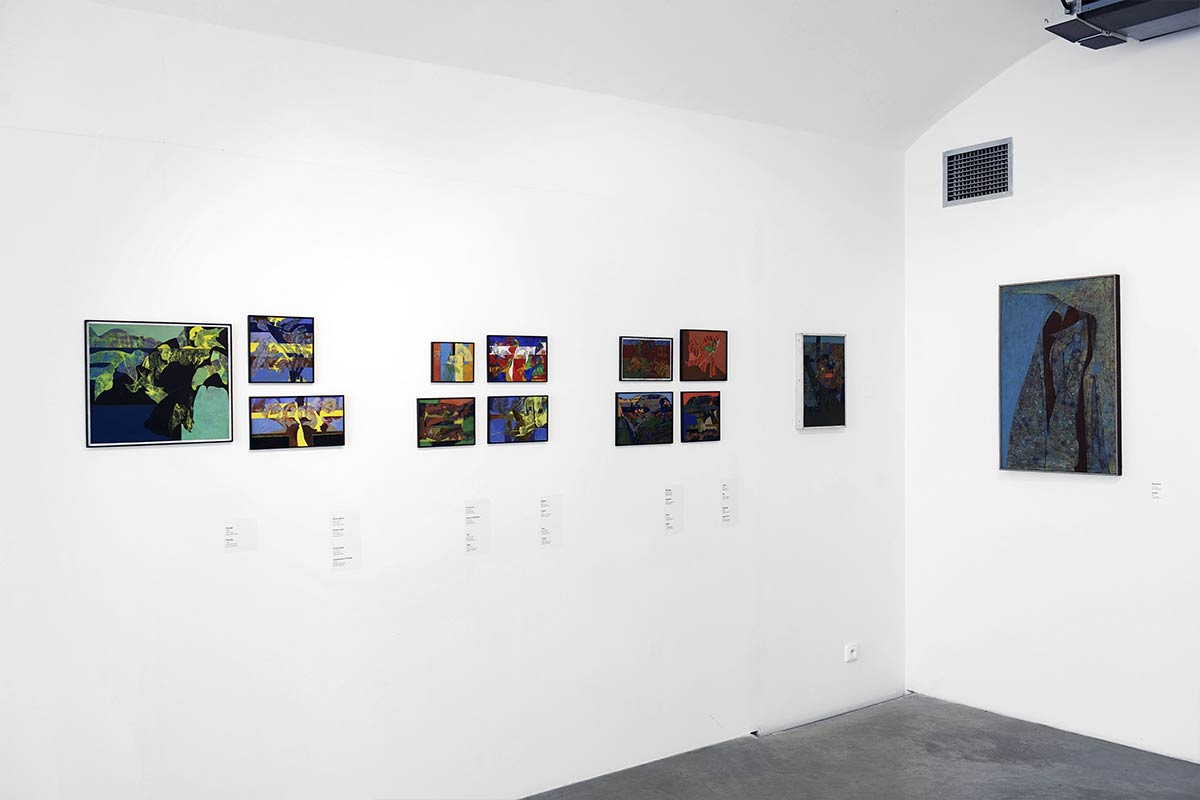 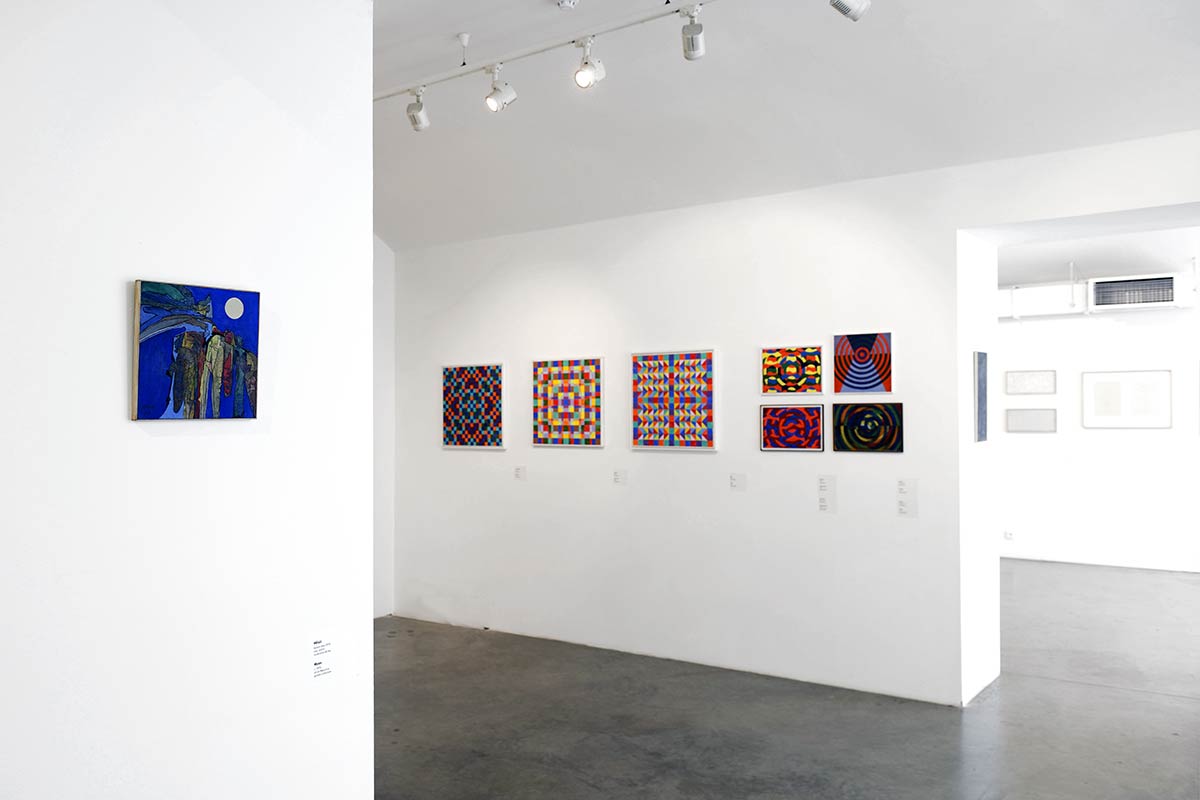 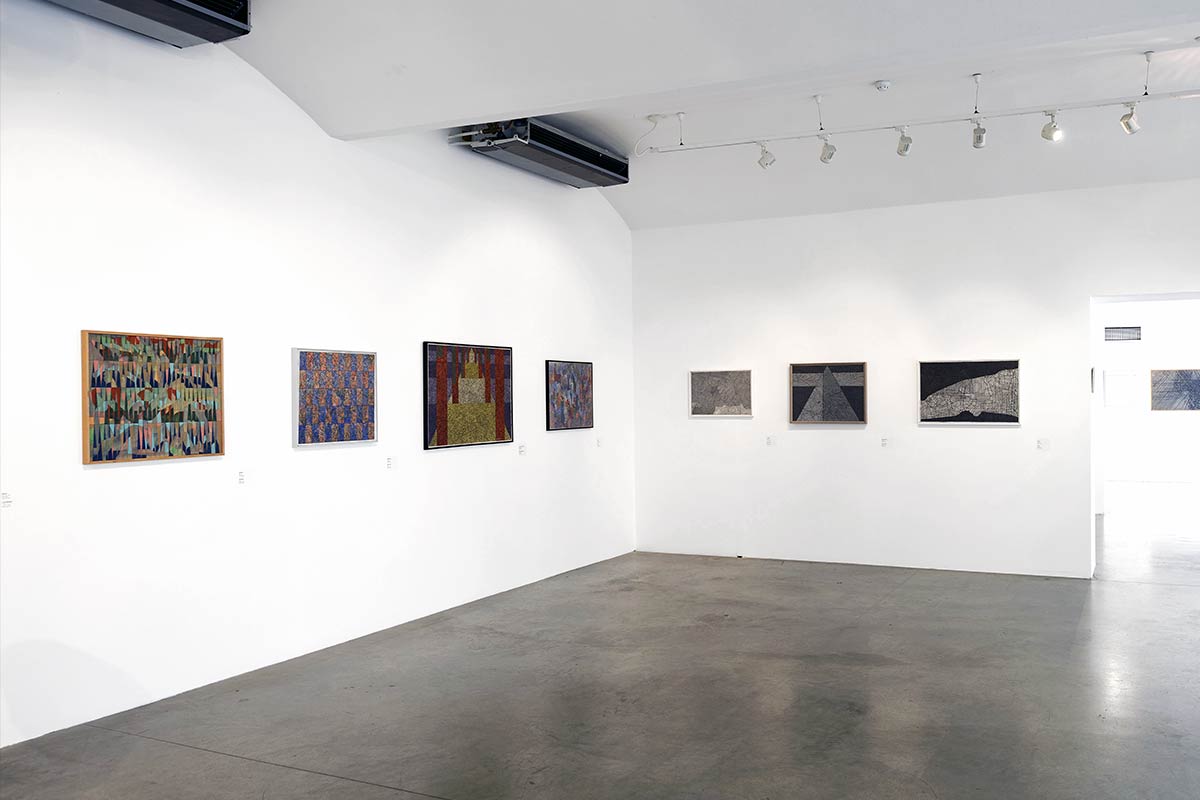 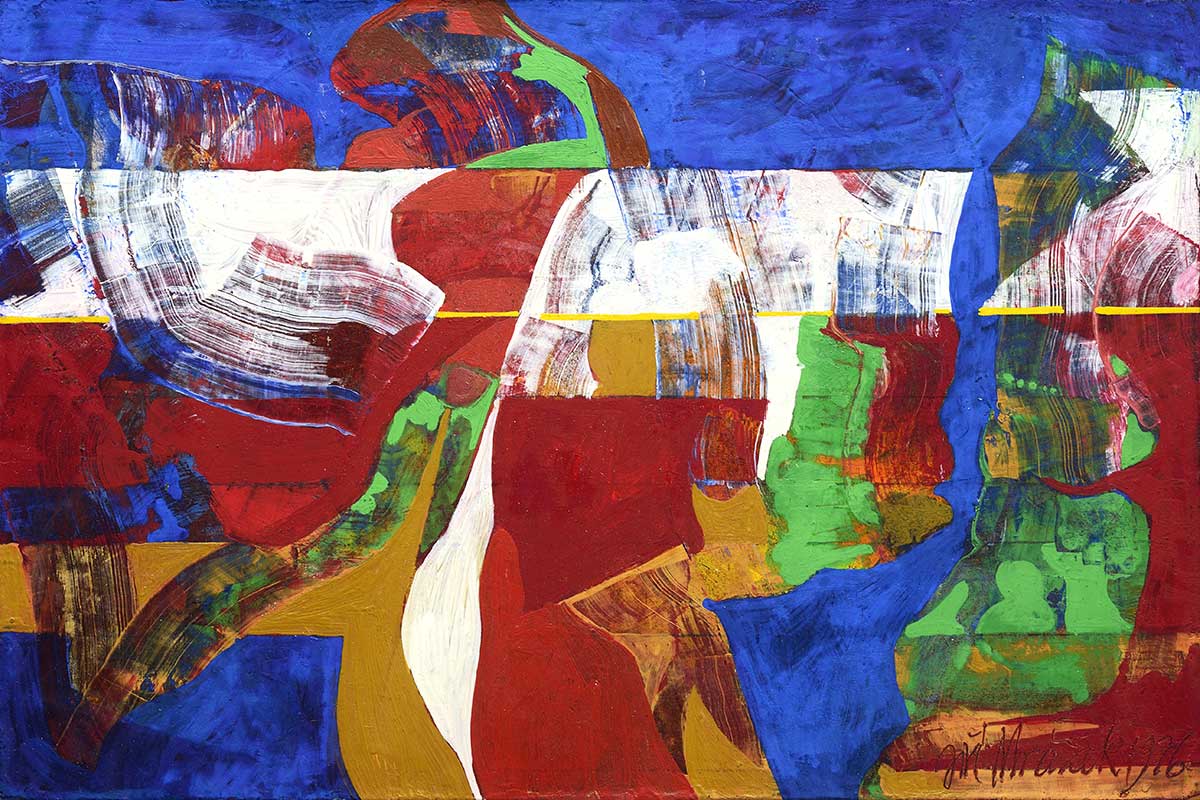 Jiří Mrázek was unarguably one of the most prominent Czech artists of the second half of the 20th century, although his artistic legacy is not yet duly appreciated and in reality, especially for the younger generation, he remains unknown. Presentation of his works fits in perfectly with the Museum Kampa programme which focuses amongst other areas on the members of the UB 12 art group of which Jiří Mrázek was a founding member. UB 12, whose members included Boštík, Janoušek and Janoušková, Šimotová, Kolíbal, Prachatická, Mrázková, John, Burant, Kučerová, Smutný, Bartovský, played an important role in Czech modern art. The group stood in opposition to official art not only by categorically maintained and respected free artistic expression and the independence of each member. Right from the very start in his work Mrázek began relying on colour, line and shape. He used them to build his own universe where he eliminated mass and accentuated the free gesture that emanated from his inner fantasies. Even though the shapes were based on rational objects, they were the product of dreams and fantasies, an interplay of surfaces and lines arranged in complex units like an elaborate arabesque. Mrázek’s artistic legacy lies in the sovereign status of his painting and drawing and in his work with communicativeness of artistic qualities in lines, colour and shape, well aware of their irreplaceability.

Curated by: Miroslava Hlaváčková
Exhibition hall in the Stables building, Small Gallery and stairwell of the main building
Visitors: 25 962