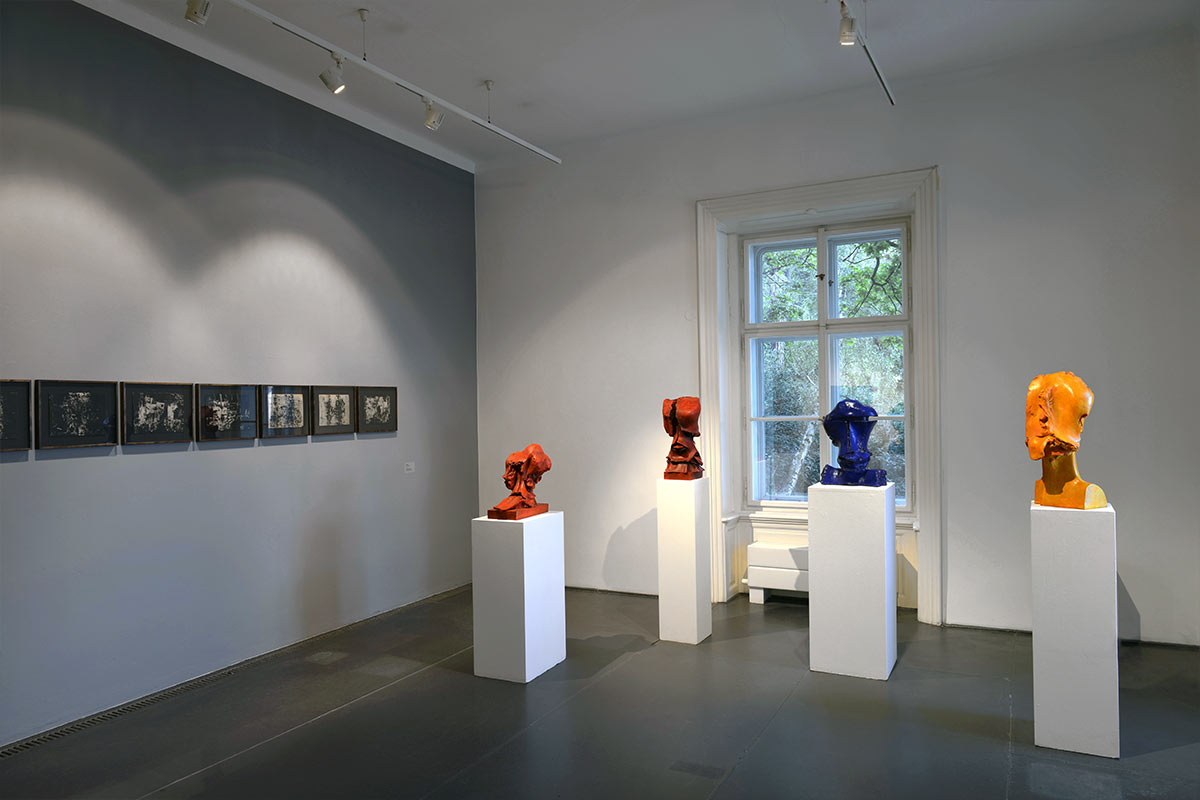 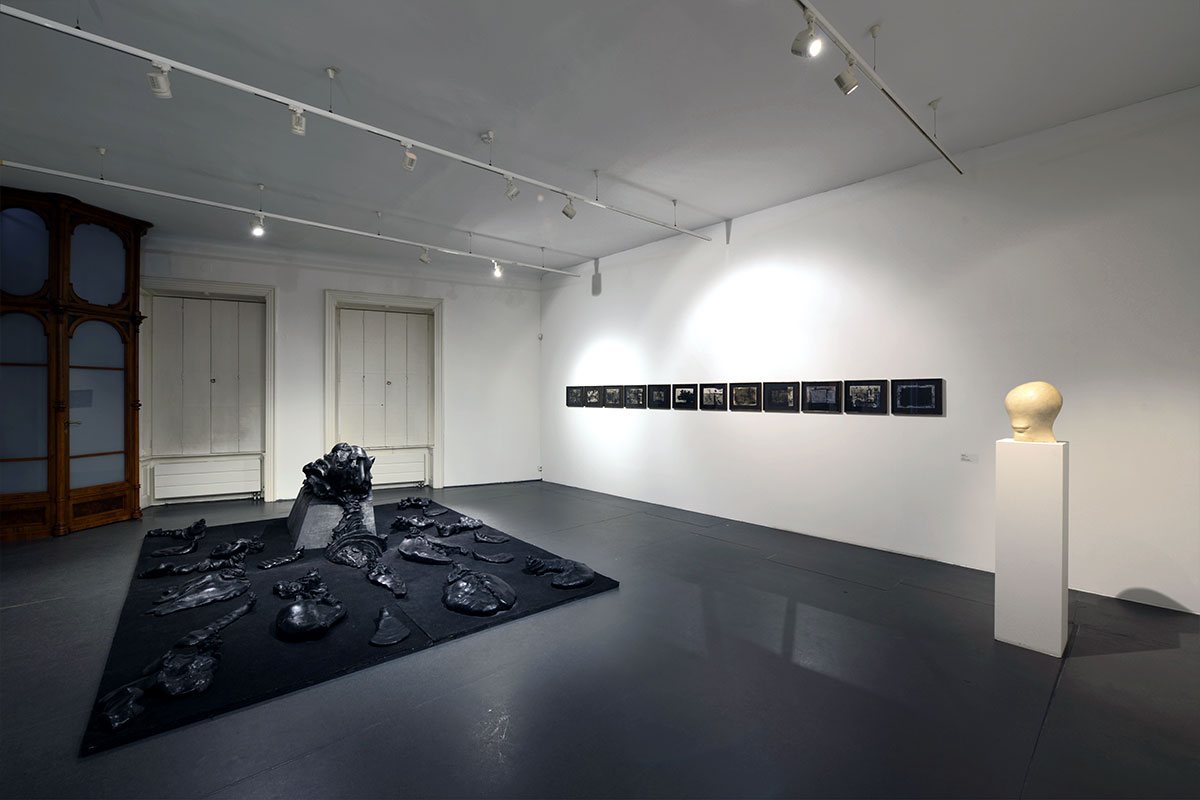 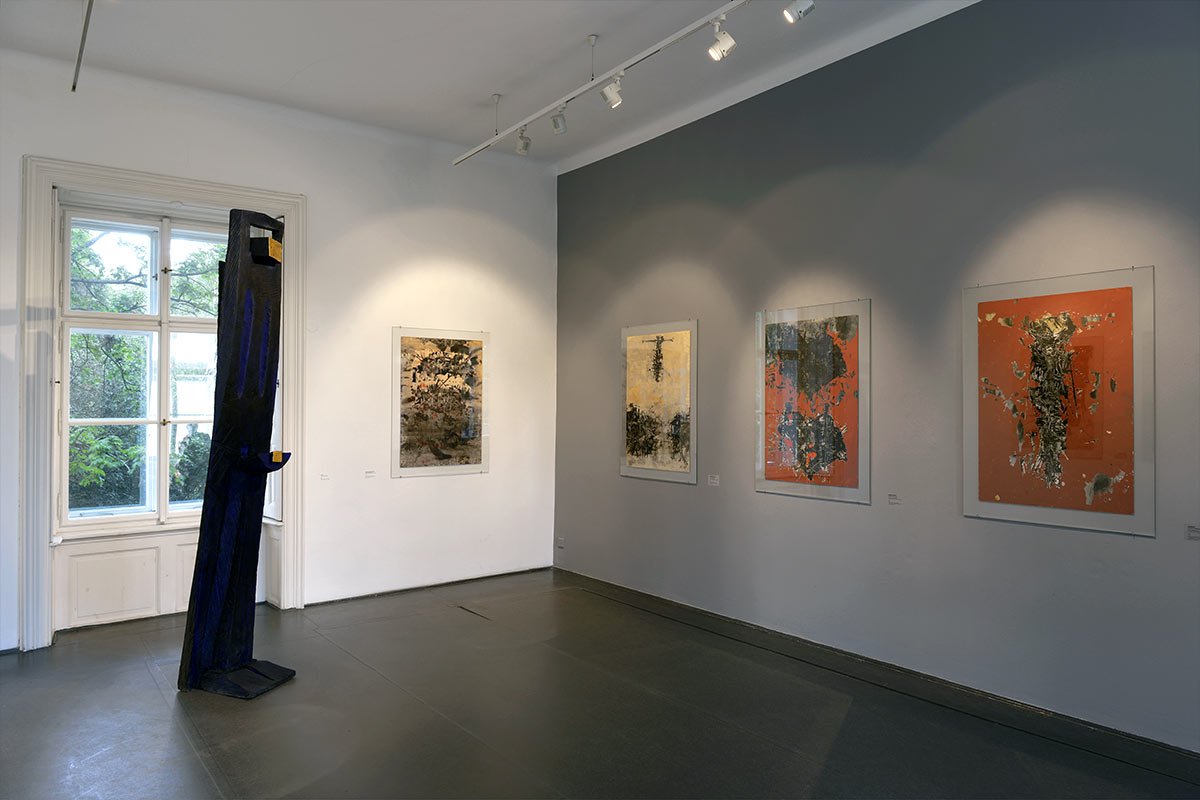 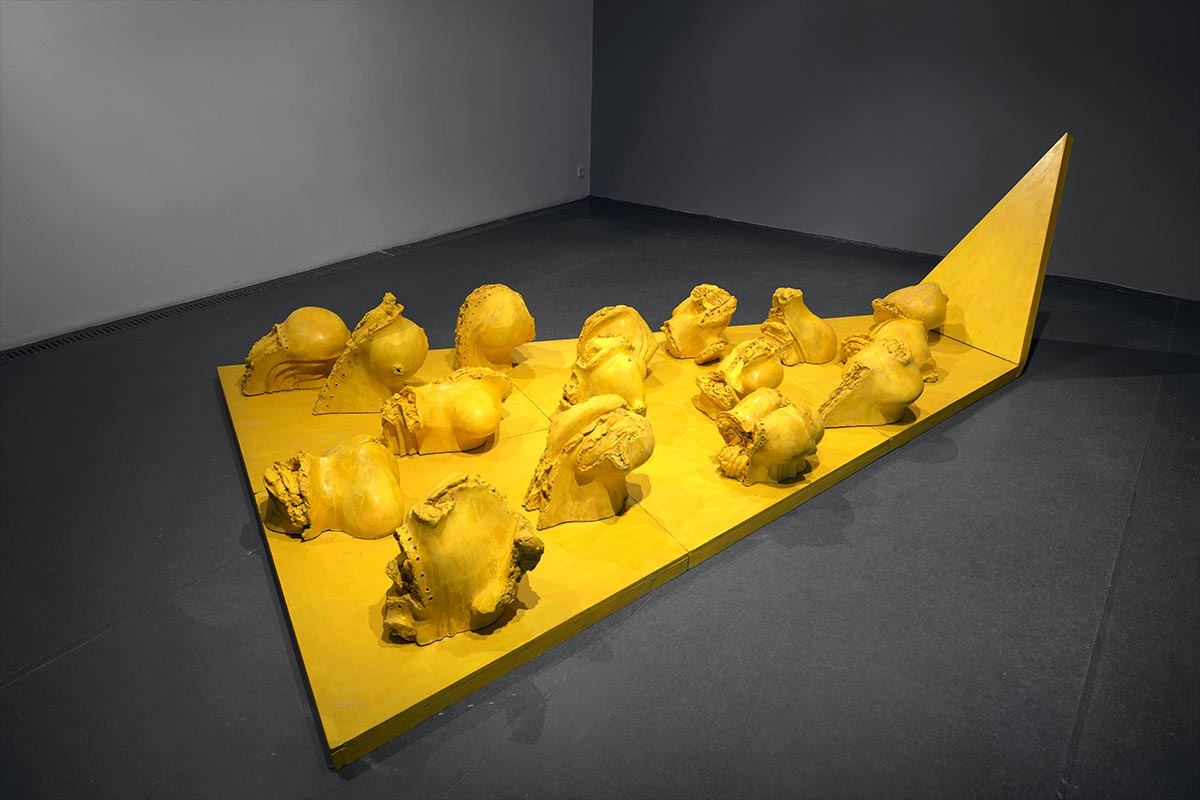 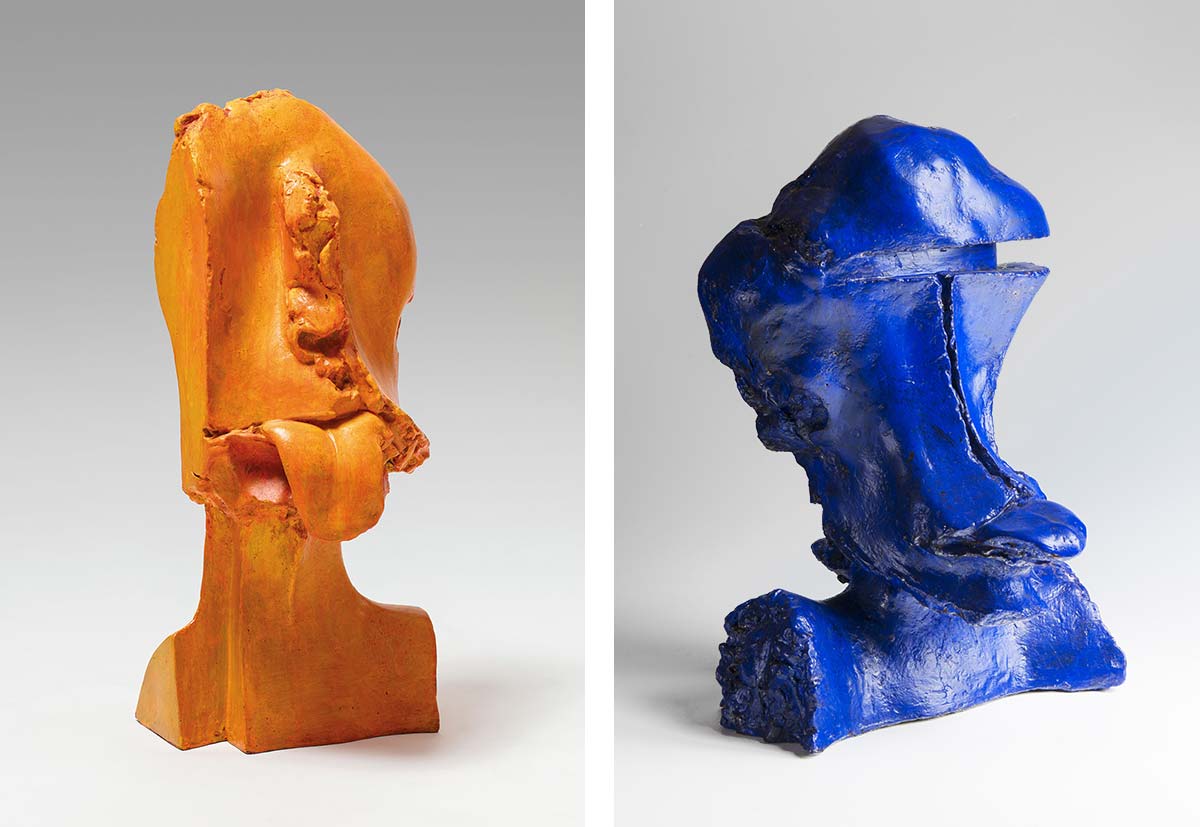 There is no need to introduce the European acclaimed artist Jan Koblasa (*1932) to the Czech society. Since 1989, his work is mapped by exhibitions; the bookstores fill their shelves with Koblasa’s autobiographical diaries in interludes that are determined by the baton of the artist’s invention, always welcomed by the general public and continuously sold out. Jan Koblasa embodies many talents that make him highly noticeable within the domestic art scene. In addition to visual art, he also possesses a musical and literary talent, and all is guided by the power of a sensitive and generous person, a tenacious explorer of both beauty and darkness of life, a relentless warrior with the soul of a poet. The Czechoslovak occupation in August of 1968 occurred at the time of a journey to Italy and he did not return home. He was given asylum in Northern Germany and in 1969, and established the department of sculpting at the Muthesius Hochschule in Kiel. He was the head of the department for the next thirty years. Jan Koblasa was one of the few emigrants that succeeded in naturally blending into the foreign art scene, earning the respect of the professional community, and influencing a young generation of artists. But how much self-denial and inner courage is needed by an artist to overcome the hardships of emigration and continue to focus on work? And what are the feelings of a man, who is at home here and there, while being a little alien everywhere?

Koblasa’s creative journey is an inspirational synthesis of reflections of us, people, and our role in this world, always filled to the edge with experiences of music, literature and philosophy. It is a grand return to ancient myths and archetypes, which provide analogies with feelings of the contemporary person. Like a red thread, the themes of Earth, Heaven, Hell, and Paradise pull Koblasa’s artistic thoughts. Here, Angels are hovering, while from the depths rise Apocalyptic scenes. Significant themes are of Kings, Prophets, Guardians, Messengers (Posel (Messenger, 1990)) and Lament, followed by characters from Greek mythology, themes from opera and theater, and even street musicians.

Regardless of the chosen material, which may be wood, bronze, alabaster, plastic, stone, with either a finely smoothed or crudely cut surface, regardless of whether the sculpture is tranquil, curled into itself, or seemingly expanding into the space, a sense of relationship between inner legacy, shape, material, and concrete workmanship connect Koblasa’s statuary. As acknowledged by Mahulena Nešlehová, “Of course, precisely because he is primarily a trained sculptor he considers himself to be a sculptor, he is able to bring different and unusual approaches to other artistic disciplines.” A series of intimate drawings on cardboard from 1959-1960 may serve as an example, where fleeting touches alternate with strong gestures, and forms of signs, points, and lines cluster in an empty space like energetic epicenters of events and thoughts. Also sheets from the Modrá krev (Blue Blood cycle) from 1964-1965, which combine monotype technique with painting, are an intensive dialogue of painterly gesture and empty fields emphasized by localized colourful insertions, which accentuate the exposed areas. These paintings, on the border of abstraction and figural motif, were followed by sheets with Apocalyptic theme, which became a silent premonition of the approaching occupation, as well as the breakpoint in the artist’s path of life.

The sculptural ensemble Plazit jazyk (Sticking out Your Tongue) (1970), which opens the exhibition, is one of the artist’s first works created in emigration. The theme of the head as a reference to the center of thought, perception and experience, the location of the brain or the human soul, intensified by a distinctive artistic expression, represents feelings of uprooting, uncertainty and loss. The gesture of sticking out a tongue, a bare tool of human communication, becomes a symbol of ironic ridicule and anger, but also of resistance. The predominant characteristics in the plastic heads are aggression, malice and lewdness, while his sculptures from baked clay, which consist of tongues that are ripped out of bodies and piled up on shapeless masses of tissue matter, are the epitome of bloody punishment and heartless humiliation of a human inflicted by another human. The experience of existential distress and trauma culminates in the sculptural installation Velký blič (The Big Puker) (1972), with the subtitle Ecce homo, which reveals to the viewer the undigested remains of body parts as a terrible testimony of the fragility of man, ruthlessly chewed and subsequently thrown up in pieces by his situation in life. Even though in the cycle Plazit jazyk (Sticking out Your Tongue) and in sculptural series Velký blič (The Big Puker) Koblasa reflected the absurdity of Czechoslovakia during the normalization era and the hardships of emigration, these works may have unwillingly predicted the situation in which the artist’s homeland has come to be in recent years.

The exhibition in Museum Kampa, organized to mark the eighty fifth anniversary of Jan Koblasa’s birth, is a collection of selected areas of the artist’s works dating back to the sixties and seventies. Nevertheless, it still allows us to experience some of the loadbearing sources of Koblasa’s art, which according to Mahulena Nešlehová lead “from archetypal and mythical, biblical, literary and musical stimuli, through to the pulse of contemporary life, with the intention to touch the essence of things and phenomena – elucidate analogies with
the present.”