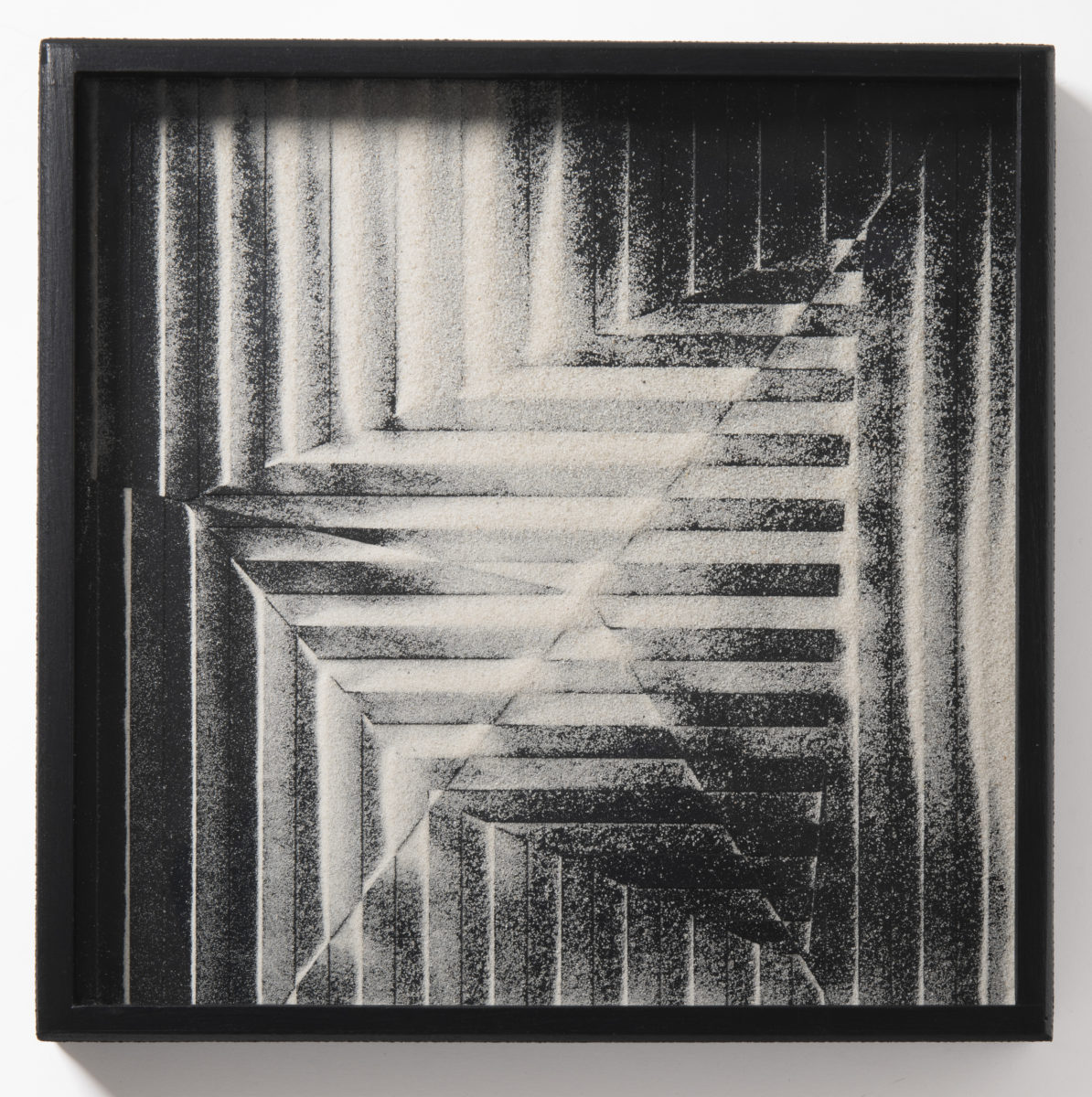 Jan Wojnar The whole of existence, existing as a whole

Jan Wojnar (1944–2014), sometimes called the “most radical conceptualist in the Czechoslovak Republic and Czech Republic”, a visual poet, author of paintings, objects, conceptual series of photographs, photograms, and books, executed a number of series from the end of the Nineteen Sixties, in which he touched on many issues and topics addressed by world conceptual art. In his works, he used text messages to model certain situations and visualise relations between individual elements and groups in the surrounding world. In another group of works, he developed ideas based on the art of geometry and concretism, but which he shifted in a direction toward defining, primarily dual relations (often order and its disruption, e.g., chance and /controlled/ chaos; hard and soft structures). Wojnar’s work more generally often contains rational and specific tendencies; however, they’re transformed through a conceptual approach.

The aforementioned radical interconnection of order and chance is represented by the excellent Přesýpací básně (Hourglass Poems) (enclosed boxes with sand pouring over a structure created by the author, which always forms a different shape), which the author began to create in the middle of the Nineteen Seventies; a very significant series Mřížkové básně (Grid Poems), developed over many years, interconnects existing forms (found photographs, small items, etc.) with a structure newly defined on their basis, affording a different view of the existing world. Wojnar also devoted a lot of attention to photographs, his innovative collections include, for example, auto-photograms created by gradually exposing the paper to light and also a number of works in which Wojnar uses photographs to analyse a specific event or situation (reading text, falling from a tree).

In general, the works of Jan Wojnar are characterised by their emphasis on the aspect of process, the complexity of analysis of a specific problem, and on the detailed sophistication of the outputs and aesthetic solutions of the final work, which makes Wojnar, in contrast with other conceptual authors, an author to whom viewers are attracted. Wojnar’s intent, which he never formulated, but is clear from his lifelong work, is to initiate changes in the understanding and perception of surrounding realities; whether by direct involvement of the viewer in the “game” with the artist, or by initiation of new thought processes, different to those we use every day.

The exhibition and accompanying monograph present the lifelong work of Jan Wojnar for the first time. They originated in cooperation with the family of Jan Wojnar and the Gallery of Art in Ostrava.

The universe is somehow constructed and I strive to ensure that my work complies with this construct.
Jan Wojnar, 2 January 2004