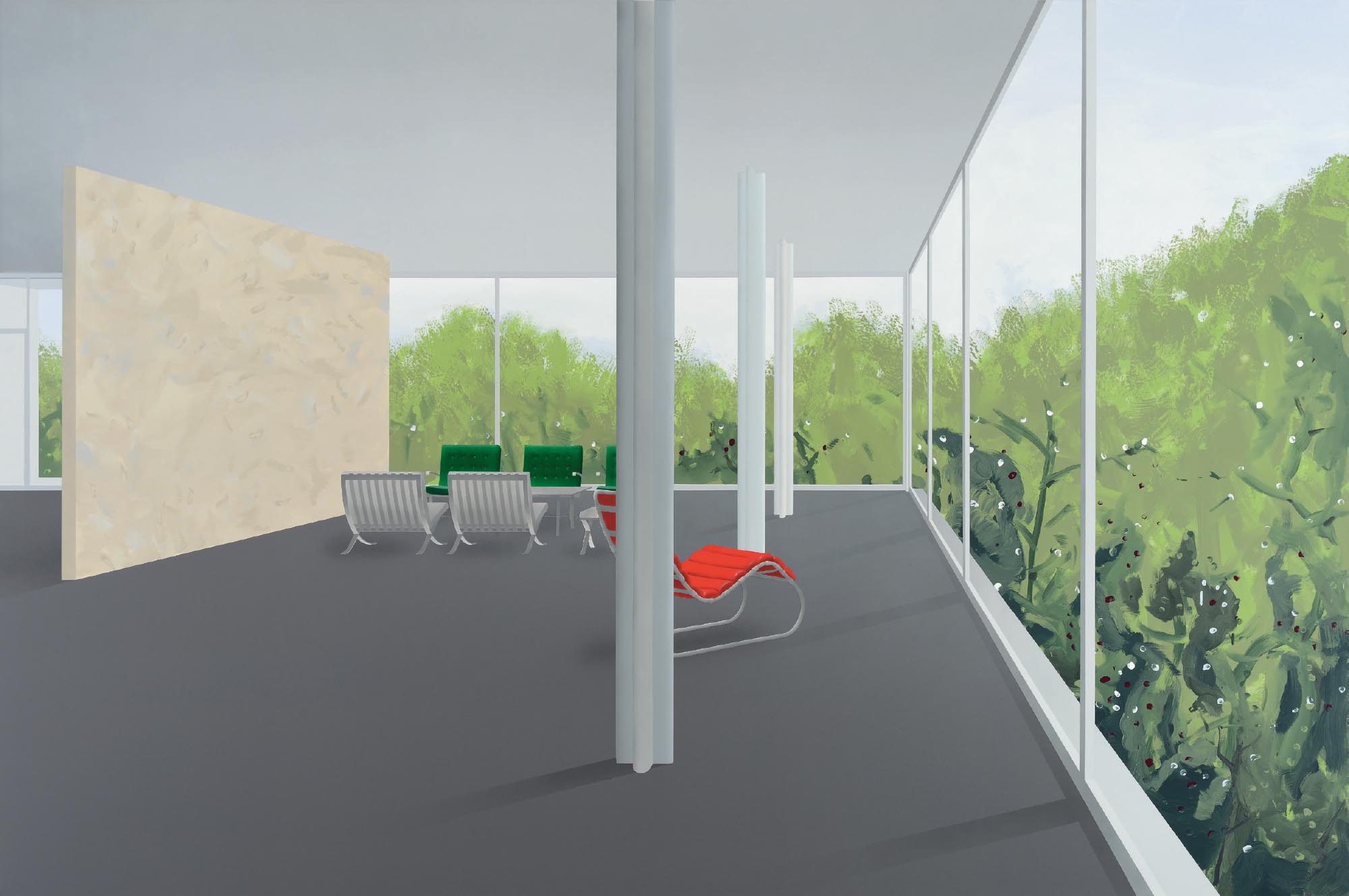 The large-format paintings by Ben Willikens evoke uneasiness, a sense of déjà vu, something that has no logical explanation and requires increased attention. This inexplicable state of mind, which convinces us that we have had to have visited the places in the pictures, to experience the events that took place there, to be part of something inside, is still present, returning — and understandable. Ben Willikens, with ease, inconspicuously, but all the more intensely touches on the foundations of our culture, what at least the European, or rather Western, collective memory is based on.

Ben Willikens has been active in the art scene since the 1960s, always profiling himself as an elemental painter, even at a time when the classical hanging picture seemed to recede to a concept, installation or moving picture. At the same time, the subsequent worldwide turn to painting meant a new reflection on the past and traditions of art, especially the first avant-garde and modernism; Jean Clair summed up this movement well: “Since the late 1970s, a new aesthetics has emerged that should serve some renewal, revitalize memory, return to the cultural heritage of the past, use the dimension that the past provides, and its mission is to return lost.” These thoughts correspond exactly to Willikens‘ work, which has entered the center of action: the question of the past in the present is something that connects perhaps all of his paintings backed by the common title of Raum (Room).

This exhibition presents paintings from the last nineteen years, nearly all falling under the shared name Spaces of Modernity. Classical modernism was and still is a big topic for many artists of the post-war generation — its utopian visions eventually turning against it, becoming a commodity, historical artifact and a reservoir of pictorial messages. Ben Willikens uses this as a living space through which he addresses important issues of our past. For more than 40 years Willikens has been analyzing and dealing with forms of architectural spaces. Most paintings in the exhibition refer to the works of classical modernists, artists as well as architects, for example Mies van der Rohe and his Villa Tugendhat in Brno.

Alena Šrámková: Architecture
Lubomír Přibyl: From Lines to the Space