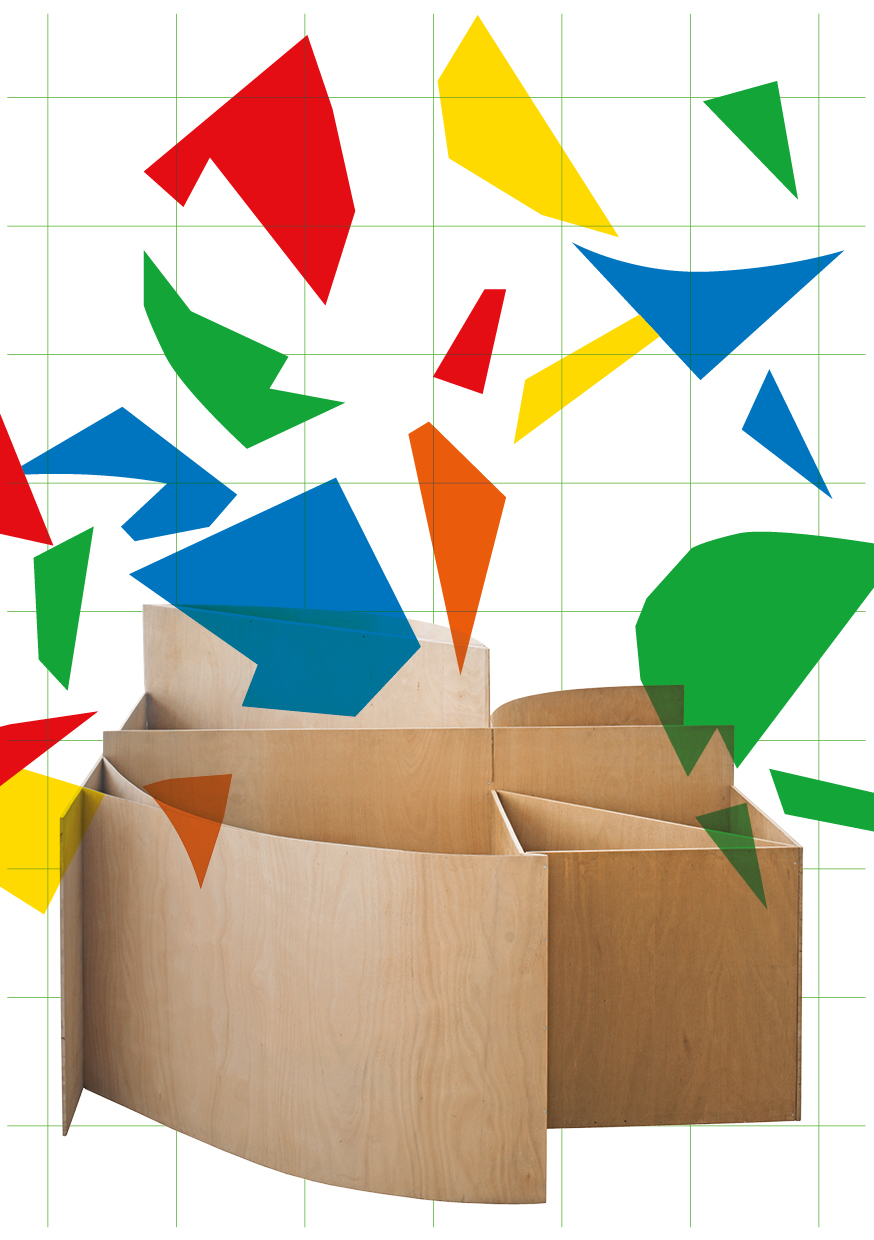 The sculptor, scenographer, author of drawings, illustrations and installations Stanislav Kolíbal exhibits in the main halls of the Kampa Museum. Born on December 11, 1925 in Orlová in the Karviná region, he spent his youth in Ostrava. He was influenced by the mining ambience and the uncertainty and austerity the region went through during WW2 and beyond. Immediately after the end of WW2, Kolíbal started to study graphic arts in the studio of Antonín Strnadel at the Academy of Arts, Architecture and Design in Prague. He went on to study scenography at the Theatre faculty of the Academy of Performing Arts under Professor František Tröster. During the period of the so-called ‘normalisation’ after the Soviet occupation of Czechoslovakia in 1968, he was banned from exhibiting for more than ten years and his works were very rarely seen in large international exhibitions; where they did appear, though, they were extremely successful. Between 1990 and 1993, he headed the Studio of Sculpture and Installation at the Academy of Fine Arts in Prague. His exhibition at the Venice Biennale in 2019 has been his last major representation of the country.

Kolíbal based his work on drawings and brought a completely different kind of sculpture to Czech and international art, not based on mass and volume, but on outline. Line, shape, and simple material (often plaster, wood or string) – things like these were important to the artist. He concentrated on the ‘in-between’ spaces, the ‘in-between’ states connecting stillness and movement, concerned himself with instability, with the potential of the moment in which change is not yet happening but already impending.

In the present exhibition, Museum Kampa is presenting two iconic areas of Kolíbal’s work, distant in time and covering his entire artistic career. In the entrance hall, there are drawings from Ostrava from the 1940s which have not been exhibited since the time of their creation, and book illustrations. Inspired by literature, Stanislav Kolíbal created visual parallels to texts by Marcus Aurelius, Anton P. Chekhov, James Joyce, Alexander Solzhenitsyn, Rainer Maria Rilke, etc. He arrived at a new type of illustration for children’s books, based on simplicity that gives room for imagination. The very first of these, the two-volume Strom pohádek (The Fairy Tale Tree), has been published in several editions and in many translations since 1958. The illustrator used patches of colour levitating within the stories like a leaf in the wind, swaying like a moored boat, in the dynamic and non-schematic harmony of distant constellations. The other chapter comprises Buildings which Kolíbal created in Berlin from 1988 onwards. With the turn of the new millennium, Kolíbal’s work ceased to be metaphorical, turning towards architecture, development and construction. The ‘double chord’ of Kolíbal’s early and recent work is completed by the reliefs created in 2022 specifically for this exhibition.