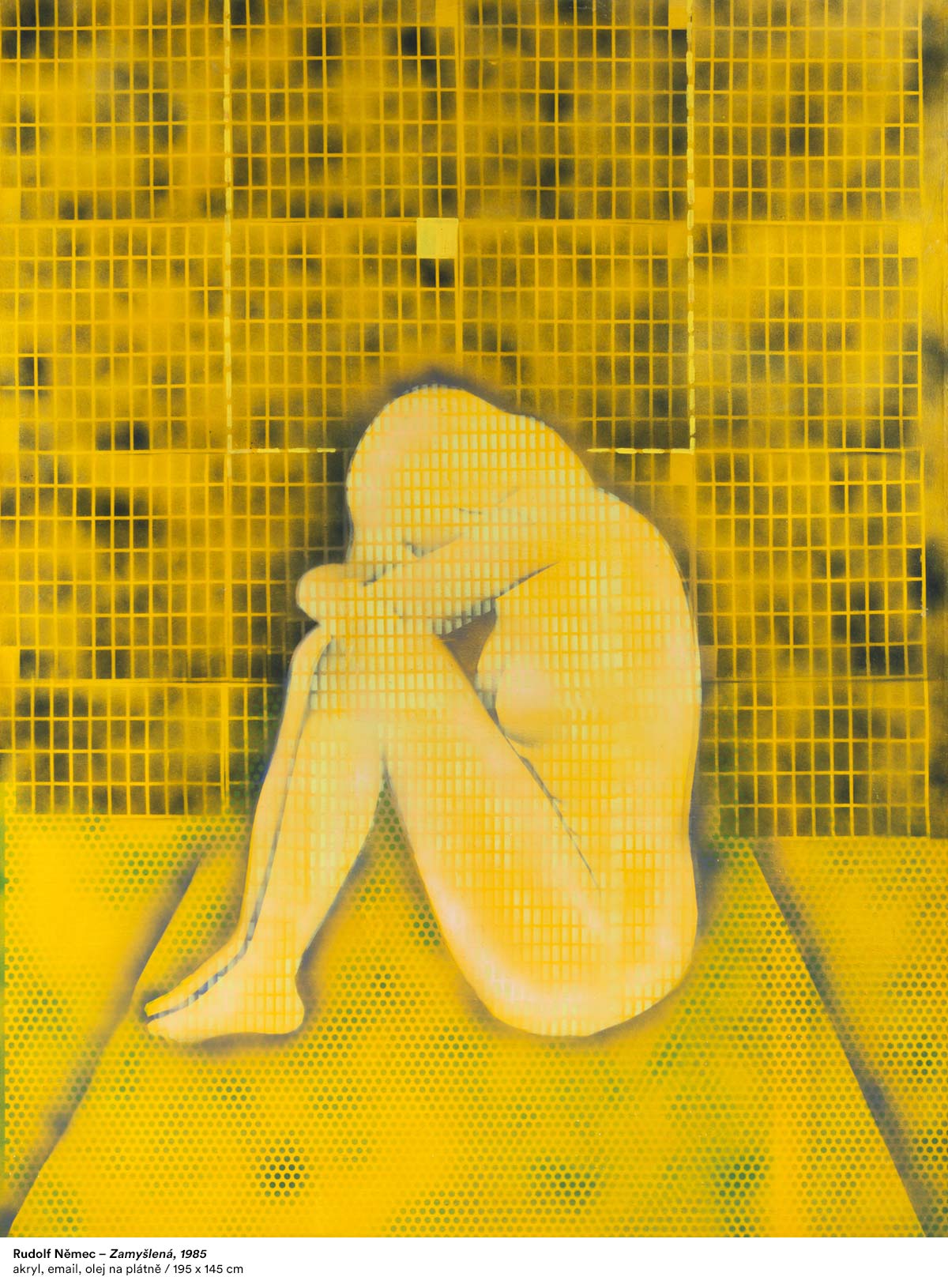 Museum Kampa is preparing an exhibition featuring the painter, graphic artist and poet Rudolf Němec (1936-2015), focusing mainly on his artistic creation from the period between the 1960’s and until 1989. The exhibition will be held between June and September 2018 and is curated by Ilona Víchová.

The focal point of the exhibition will be Němec’s anthropometric paintings on the boundary of psychophysical action that were created by the imprint of the human body – both his own and of the artist’s friends – into an enamel layer on canvas, followed by pictures working with templates, both found and fabricated since the 1970’s, and the technology of colour splashing – first using a felt tip-pen then airbrush and sprays.

Since the phenomenon of corporeality is closely related also to Němec’s happenings, often held together with Eugen Brikcius in connection with the activities of the Crusaders’ School of Pure Humour without Wit of which the artist was a member, the exhibition will also present Němec’s drawings of shadows of passers-by, the action of Kuklení, 1970 (Pupating) with the artist wrapping up himself and his friends in plastic film, or Pronikání II, 1971 (Penetration II) consisting in the act of squeezing the face and hands into a tight elastic piece of fabric.