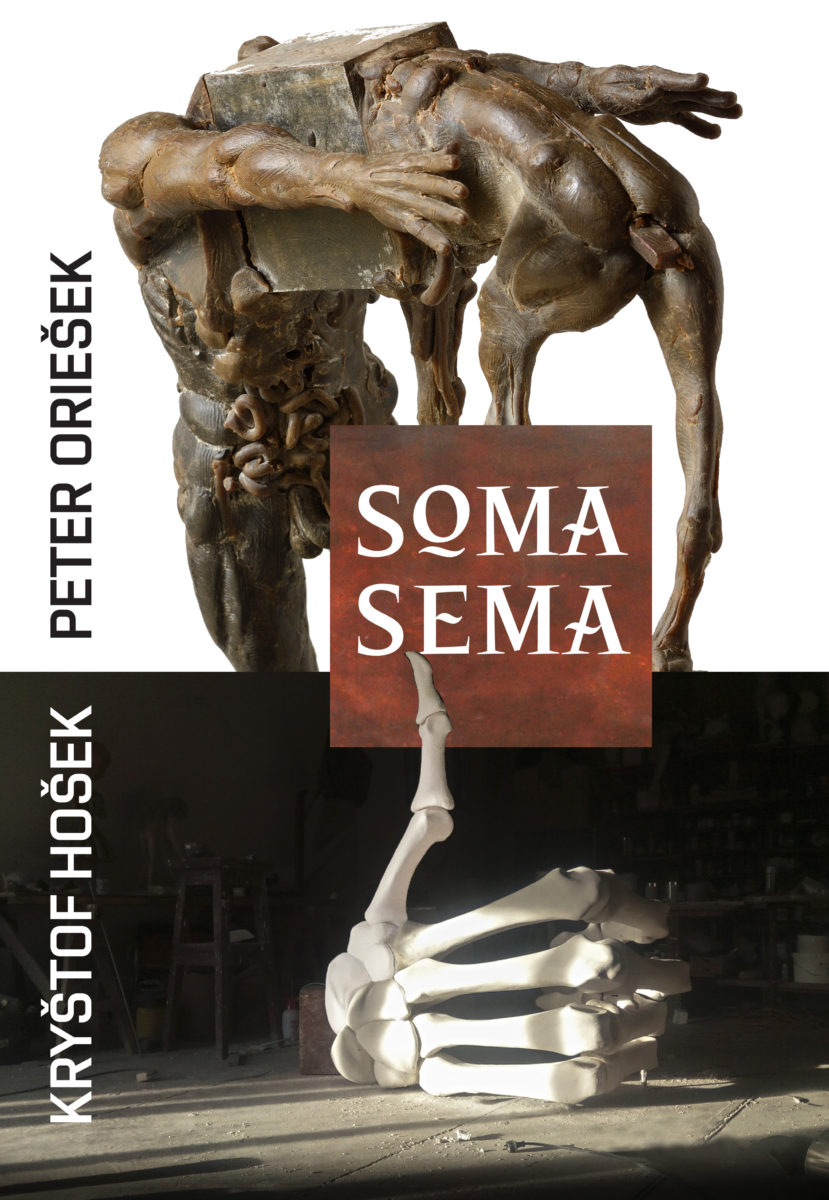 Museum Kampa presents an unusual double exhibition of distinctive sculptural individuals that are separated by entire generations. However, the younger of the two exhibiting authors, Kryštof Hošek, was in a close relationship with Oriešek’s work during his previous career, mainly due to long-term family ties, and we can recognize this connection in many of Hošek’s realizations.
Both authors work primarily with the figure or its fragments. The starting point of most of their works is a hyperrealistic creative approach. What is significant in the work of both authors is the strong content, i.e. a sculpture conceived as an artifact through which it is possible to tell stories or show a clear attitude. And perhaps one more thing has accompanied and continues to accompany both authors – they are among the creators whose work evokes conflicting attitudes and emotions, from absolute acceptance to reactions of rejection.
Painter and sculptor Peter Oriešek (1941–2015) was a phenomenal sculptor, who co-determined the form of figuration in Czechoslovakia and the Czech Republic from the mid-1960s. He quickly discovered his own morphology, combining elements of surrealism, pop art, new figuration or hyperrealism, also built upon tense expressiveness with a strong existential subtext. The exhibition in the Konírna space mediates hitherto unknown works from the studio, especially wax models, which show the fascinating world of Oriešek full of unreal, strange, hybrid beings, cruelty, violence, passion, love – that is, everything that makes up the real human world. Several drawings also show Oriešek as an excellent artist capable of remarkable pictorial abbreviations.
The sculptor Kryštof Hošek (* 1984) presents a selection of current works in the courtyard and on the embankment of the museum. We mentioned the similar starting points with Oriešek – to surrealism, pop art and personal mythology we can add mainly a strong emphasis on current political or social events. His works, such as the portrait of Miloš Zeman plunging (or disappearing) into a mushy mass from 2013 or Victory exhibited in the Kampa Museum, lead the viewer to re-evaluate already-established symbols and their meanings.

Dear visitors,
Museum Kmapa will be closed due to government regulations associated with the COVID-19 situation until further notice.