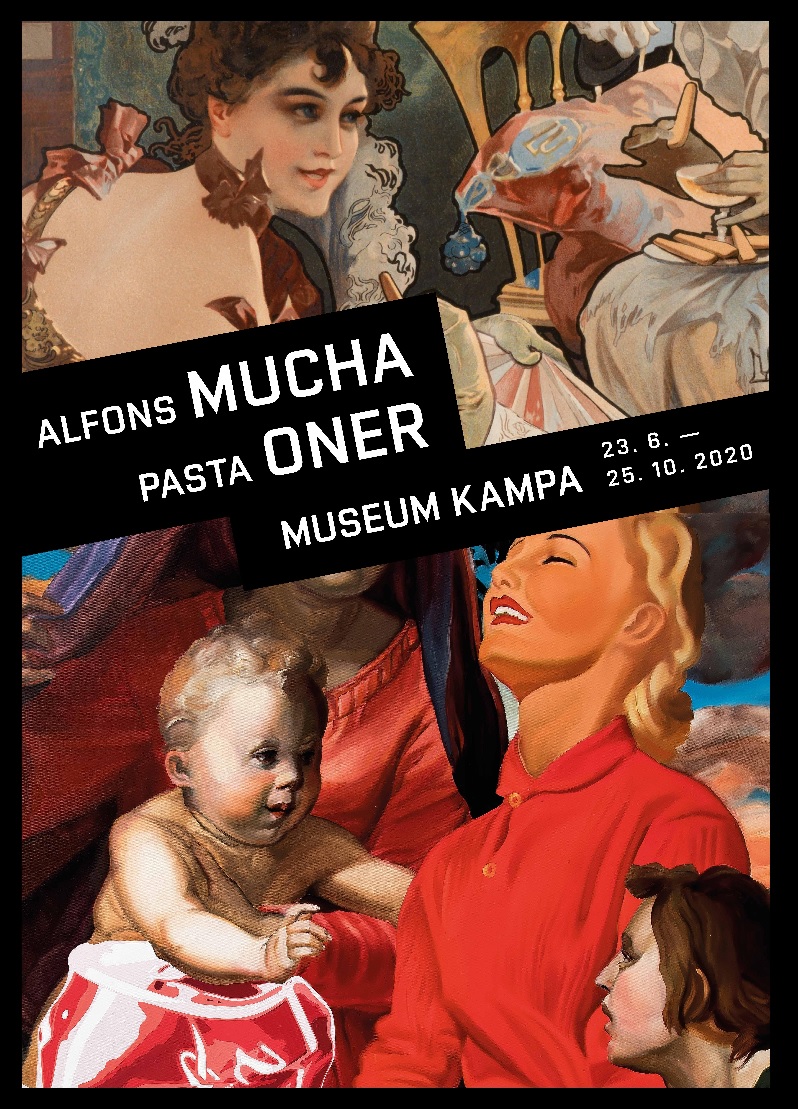 The Elusive fusion exhibition offers a meeting between two well-known figures – Alfons Mucha, one of the key initiators of art nouveau, and Pasta Oner, a leading figure of the street art scene, who has been creating art for over ten years. The exhibition is based on these two individuals’ similar approach to an internally structured visual statement, which, despite being based on the every-day requirements of advertising, is still transformed into a unique timeless experience, into an ambiguous clash of various sources of styles, subject bases and radiating meanings. The motifs Alfons Mucha gave a unique form to on his posters have also become a permanent element of the contemporary world of advertising, whether this concerns alcoholic beverages or perfumes. They have found a distinctive successor in Oner’s works. Immediate sources of sensory experience are often set within the broad cultural context of a blend of the ancient and barbarian world or ancient Greek mythology and technical innovations of the 20th century. The combination of Alfons Mucha and Pasta Oner, taking place to the significant depth of an elaborate formal schedule, interlinking various figural, landscape and tangible spheres, is based on the concept of defining ahistorical context allowing harsh adversity between individual, clearly defined statements, as well as emphasis of the mutual, often unexpected links between them.