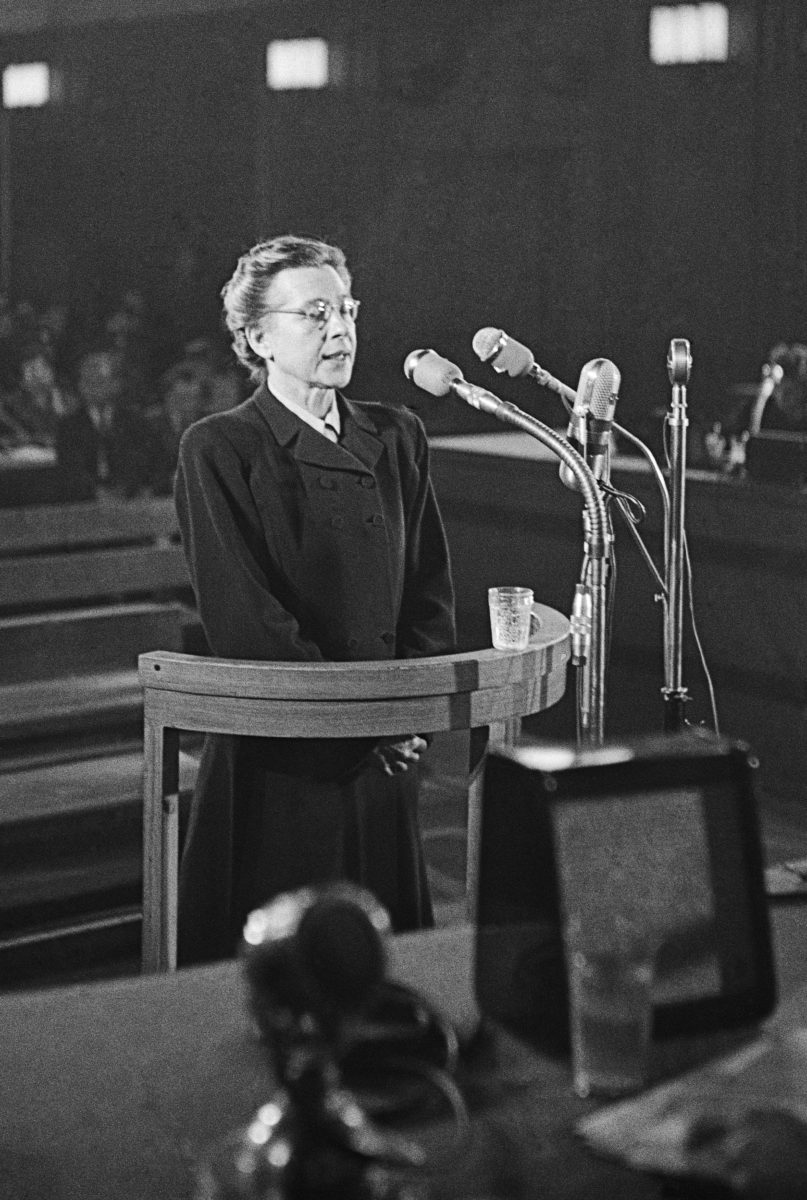 Every year, the Museum Kampa– Jan and Meda Mládek Foundation commemorates the lawyer and MP Milada Horáková, whose intransigence in the trumped-up political trial and the subsequent death penalty became a symbol of defiance to all forms of totalitarian regimes. Milada Horáková’s name is a synonym to courage, willingness to fight lawlessness, injustice and manipulation; that is what makes her legacy extremely topical and current.

In addition to the regular commemorative event held on 27 June, the day of Milada Horáková’s execution, the Museum Kampa has also prepared an exhibition mapping her activities, especially those being part of anti-Nazi resistance; her active participation in public life after World War II (presidency of the Union of Czechoslovak Women, etc.); and finally, the fabricated political trial in which she was the only woman sentenced to death for alleged espionage and high treason. The exhibition will also include Milada Horáková’s ‘afterlife’: the annulment of the verdict in 1958 and the rehabilitation of her name in 1990. In general, this exhibition aims at showing the dangers of abusing the political power in totalitarian regimes and the need to oppose all such manifestations of authoritarianism over and over again.

The exhibition is being prepared by Petr Blažek, a historian at the Institute for the Study of Totalitarian Regimes, which specializes in Czechoslovak history of the second half of the 20th century. The exhibition will be installed in Kampa Park, along the road connecting the Kampa Museum with Werich’s Villa, and will open to the public on 70th anniversary of Milada Horáková’s murder, on 27 June 2020, and will be available until 24 August 2020 free of charge.

Every year we commemorate the death of lawyer and MP Milada Horáková, whose death sentence received in a purposefully constructed political show-trial became a symbol of refusal of all forms of  totalitarian regimes. I perceive Milada Horáková as a synonym of courage, of readiness to fight injustice, lawlessness and manipulation. I hope that our initiative can help to maintain her legacy alive anmd relevant for both the current generations and the future ones.

JUDr. Jiří Pospíšil
Member of European Parliament
Chairman of the Board, Museum Kampa – the Jan and Meda Mládek Foundation

Lubomír Přibyl: From Lines to the Space
OLAF HANEL THERE AND BACK AGAIN
Děkujeme