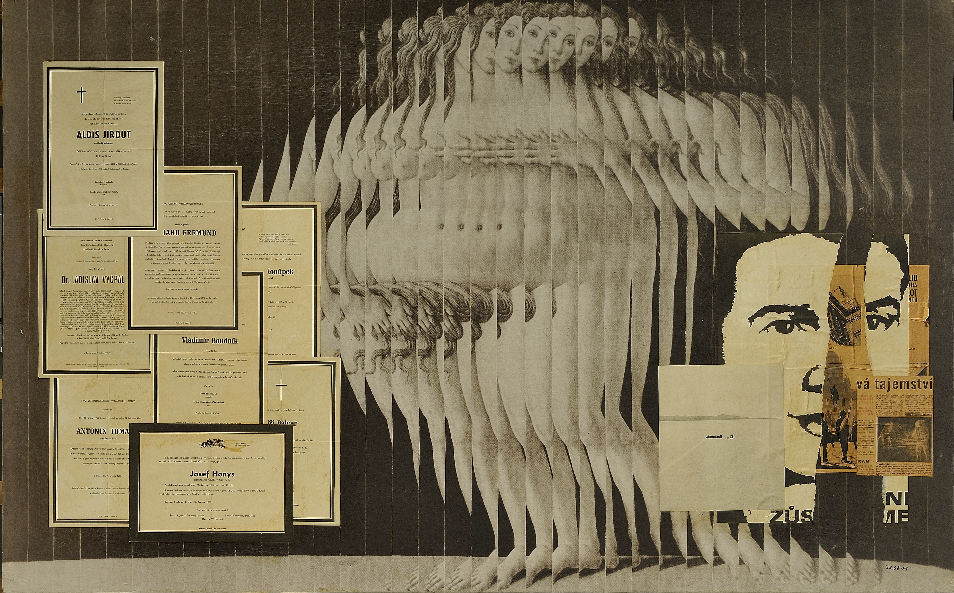 This exhibition is a follow-up to the project Anatomy of a Leap into the Void. The Year 1968 and Art in Czechoslovakia, effected in the Gallery of West Bohemia in Pilsen in collaboration with the Museum Kampa, mapping the era starting from 1967 (the Prague Spring) up to 1972 (the beginning of Normalization) and the response of the artists to this crucial period in Czechoslovak history till now. The project itself dedicated to Jan Palach (and a few works concerning also Jan Zajíc’s self-immolation) is not a mere rerun of the exhibition Anatomy of a Leap into the Void, but its extension. Among others, works responding to both Palach’s and Zajíc’s death in a several years’ distance will be presented. These works show that despite the totalitarian regime having tried to suppress Jan Palach’s memory, it still remains alive in the society’s consciousness. Besides the artworks, the exhibition will also focus on the film and literary production of the era (posters, book covers), music recordings and spoken word.