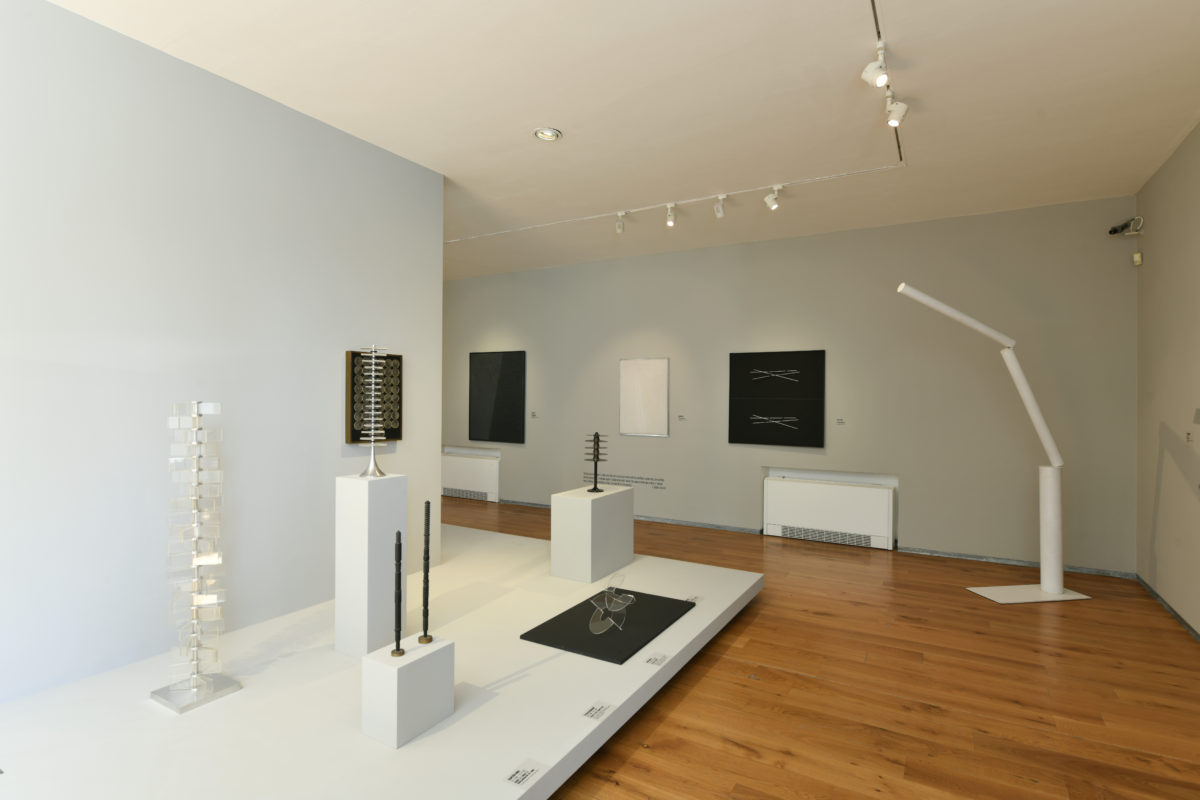 Ambiguity of Structures / Dynamics of Forces

The exhibition focuses on neoconstructivist tendencies and reductive efforts in the work of artists belonging to the Museum Kampa circle. Selected works mostly from the sixties and seventies will commemorate authors whose work the museum monitors, maps, exhibits, professionally processes or directly owns in the collection. Many of these artists were in the collector’s interest of the patroness of the arts, Meda Mládková, and their works laid the foundations of the current collection of the Jan and Meda Mládek Foundation.

Visitors will encounter both key names of Czechoslovak rationally oriented art (e.g. Radek Kratina, Dalibor Chatrný, Stanislav Kolíbal, Jan Kubíček, Zdeněk Sýkora), as well as authors who have been unjustly neglected so far (Miroslav Vystrčil, Jindřich Boška, František Dörfl, Pavol Binder). In addition to the artists of the “classics” who were associated in the 1960s mainly through the formation of the group Křižovatka (Crossroads), the exhibition Nová citlivost (New Sensitivity) (1968) and the founding of the internationally operating (Klubu konkretistů) Concretists’ Club (1967), viewers will also be able to look into the work of several contemporaries who are following up on their ideas in an innovative way and are thus developing possibilities for working with reductive form, structure and monochromia (Václav Krůček, Jiří Staněk, Břetislav Malý, Petr Dub).

The confrontation of more than thirty constructivist artists will reveal interesting parallels not only in artistic reasoning and sensitivity, but also show a surprising proximity in access to often unique materials such as plastics (Jiří Bielecki, Jiří Hilmar), plexiglass (Radek Kratina, Štefan Belohradský, Kamil Linhart), layered and sanded gypsum (Eduard Antal) or semi-transparent film (Václav Krůček). In addition to the artistic themes arising from the nature of the materials, such as fragility, variability, reflection, flicker or fogging, the exhibition also reveals other motifs, such as interest in a regular system and its disruption, a solid grid and its softening, vibration and calm, densification and dilution of points, optical pulsation or imaginary occurrence versus real movement.

Hand in hand with the focus of the Kampa Museum, which in its program primarily follows the life and work of artists in the difficult times of normalization and communism, this exhibition will also commemorate several figures who developed their art program outside of their homeland for political reasons (Jiří Hilmar, Miloslav Moucha, Vladimír Škoda, Miloš Cvach, František Kyncl, Rudolf Valenta).

Although a number of shows have recently been held on the manifestations of neoconstructivism, minimalism, kinetism, and geometry, the Ambiguity of Structures / Force Dynamics can be an interesting contribution for a number of reasons. In addition to trying to find thought and thematic parallels across the artistic spectrum from familiar names to neglected ones, from representatives of the sixties generation to contemporaries, another reason may be to highlight works of art that are not quite typical but which are qualitatively stimulating, developmentally important and at the same time surprising. For if I elaborate on the idea of Albert Einstein, only that which inspires amazement and astonishment can energize us for life, passion and experience.

Curator of the exhibition: Ilona Víchová