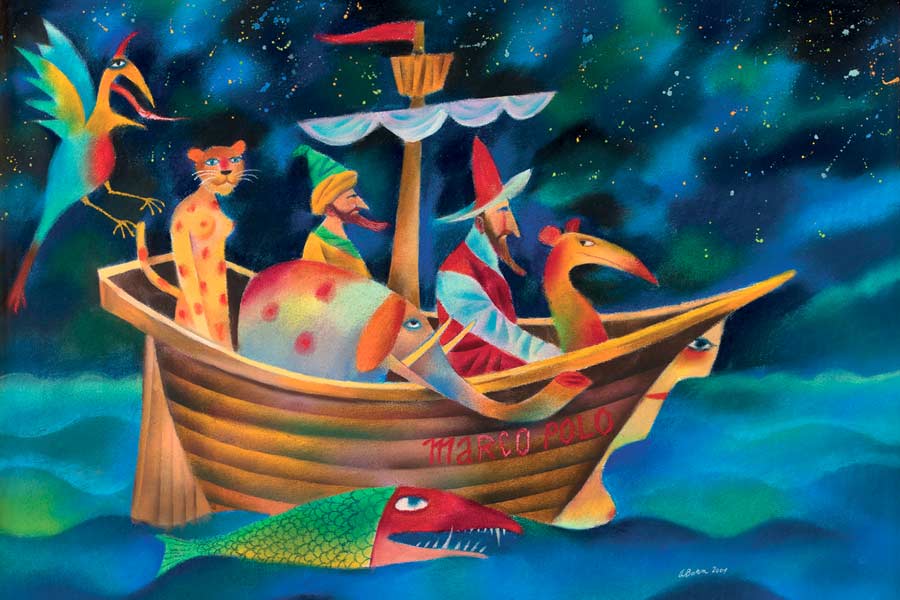 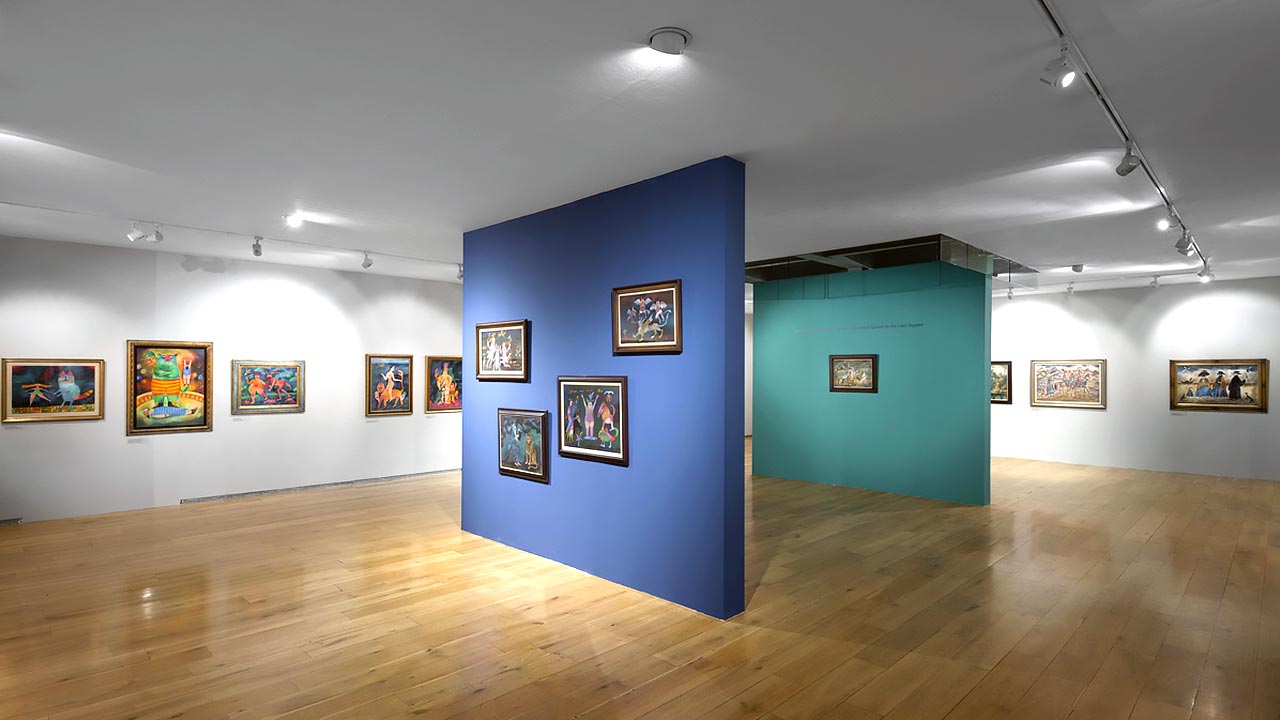 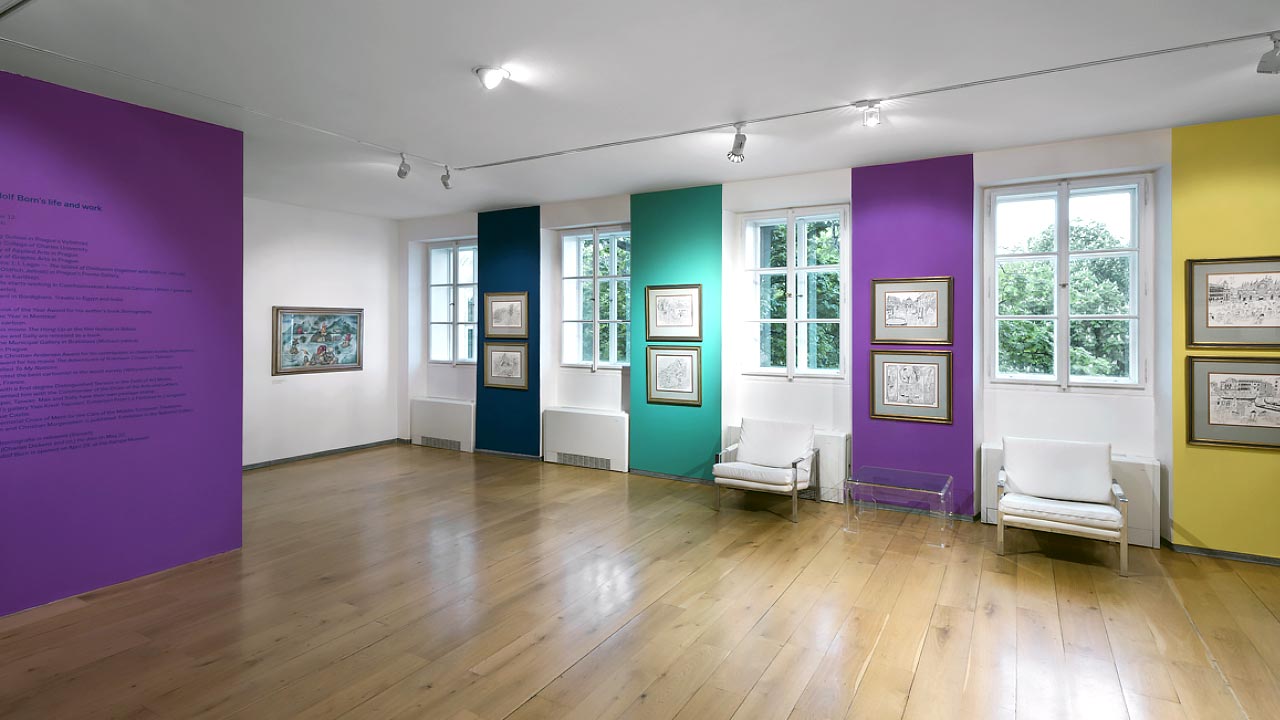 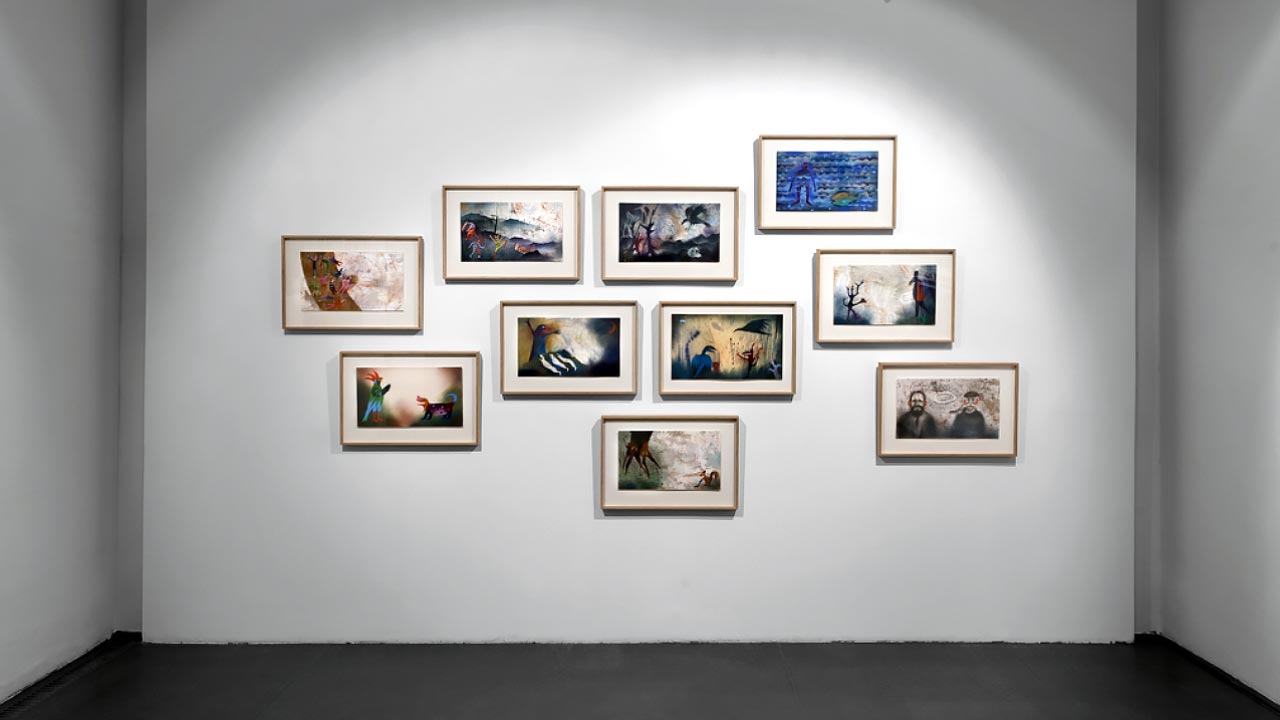 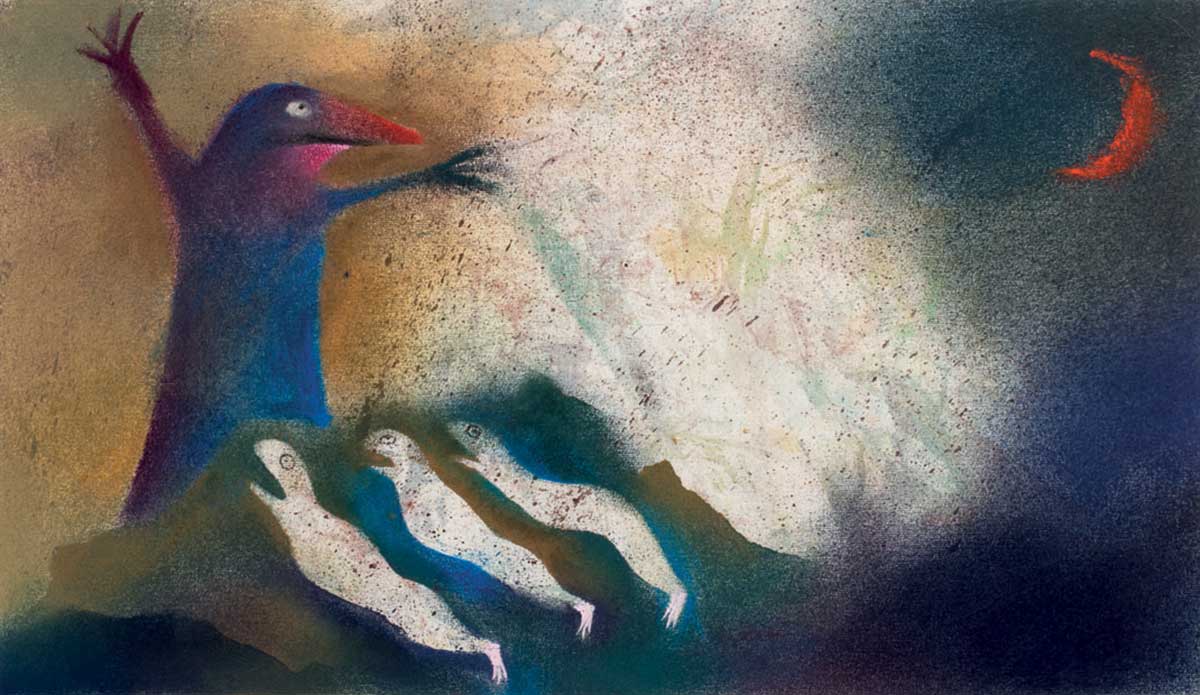 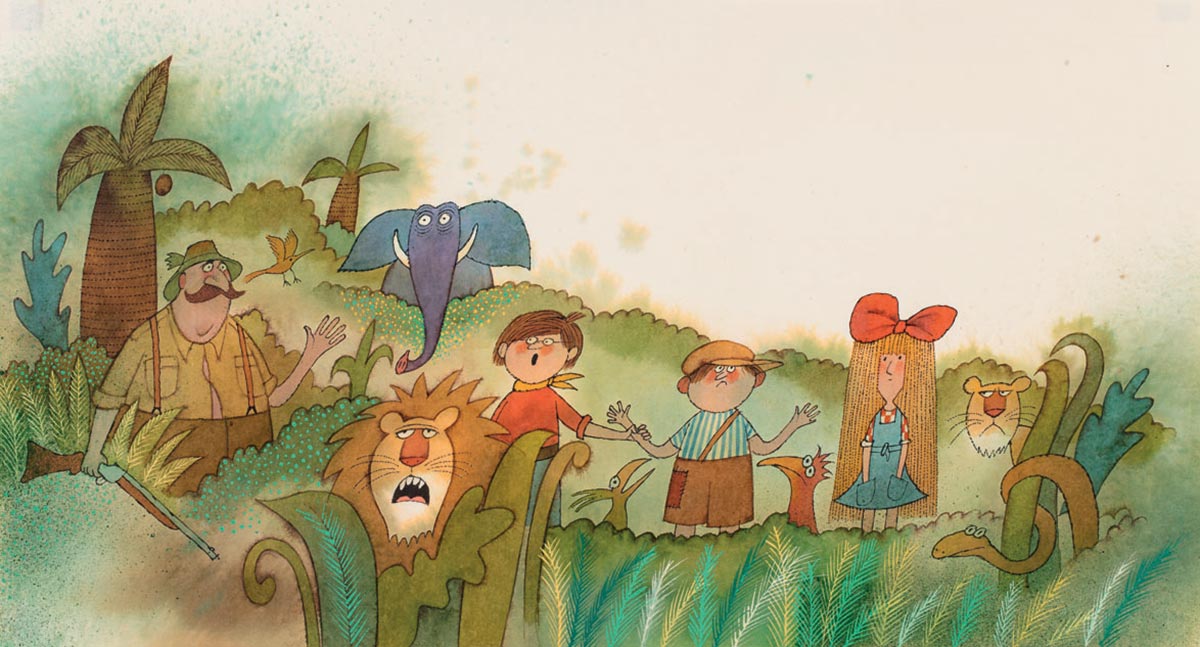 “For in art is one more step towards creating one’s own magical world. An unrepeatable world filled with secrecy, extracts of dreams, maybe a little bit of hidden terror — with a continuous presence of something unidentifiable, which awakens our senses.”

The art of Adolf Born (1930 until 2016) became a permanent component of Czech visual culture. Its communicability and intensity, which already interconnects several generations, may be comparable perhaps only with the art of Josef Lada. Throughout his fruitful life, Born created thousands of items using various artistic disciplines. He became famous in the field of book illustrations, animated movies, cartoon humour, graphic art or drawings, but also for his stage designs or costume designs. Jiří Kotalík, long-time director of the National Gallery in Prague, wrote: “He’s a painter and cartoonist of distinctive ideas and visions. He’s a caricaturist with a sense for the exaggerated grotesque and stinging wit, yet always with a genuine level of human understanding. He is an illustrator, who is able to create his own interpretation of nature and plot of literary works of the past and present.”

The large exhibition of Adolf Born’s work at Museum Kampa vastly differs from the usual manner in which the art of this unique artist was presented in the past. Its focal point is a cross-section of his art. The beginning of the exhibition presents a rare set of lithographs from the sixties, which had never been exhibited in its entirety. Adolf Born experimented with expression, composition, applied simple sign, drawn acronym, or raw playfulness in these works. A unique feat is a collection of pastels and watercolours documenting the imagination of the artist, as well as his precise, yet courageous work with colour and light. Also of interest is a series of Indian ink drawings of his travels capturing his specific “Born-like” humour of the atmosphere of the places which he visited during his wanderings. The exhibition also presents Born’s original book illustrations (including the stories of Mach and Šebestová (Max and Sally), or poems by Christian Morgenstern), and a projection of animated films that collected many awards, both domestic and foreign. A unique world, which is well worth a visit.